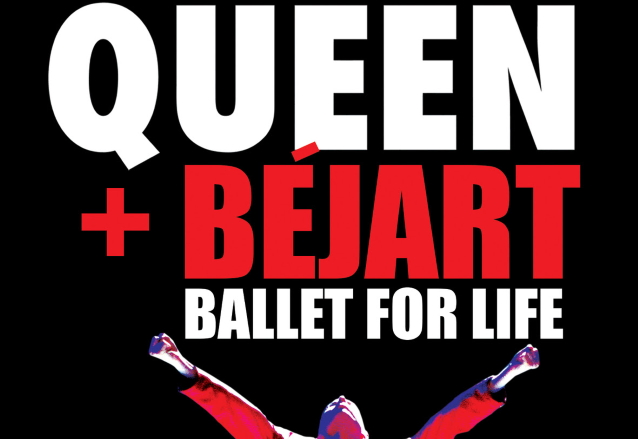 On September 6, Eagle Vision will release "Queen + Béjart: Ballet For Life", which documents QUEEN's music as the inspiration for a unique ballet that has endured for over twenty years, on DVD, Blu-ray and digital video. The DVD and Blu-ray will also be available as deluxe editions, packaged in a 36-page hardback photo book featuring photos from the "Ballet For Life".

"Ballet For Life" was a unique collaboration between three cultural brands: QUEEN, Versace and the late visionary choreographer Maurice Béjart, celebrating the life and talents of legendary performers, Freddie Mercury and Maurice Béjart's former principal dancer, Jorge Donn, both of whom died of AIDS. It was first performed in the Théâtre de Chaillot in January 1997 in the presence of Madame Chirac, Elton John and the three surviving members of QUEEN, John Deacon, Brian May and Roger Taylor.

"Queen + Béjart: Ballet For Life" features two programs: the documentary by Lynne Wake and Simon Lupton, and a full 1997 performance of the ballet by the Béjart Ballet Lausanne. The documentary, edited by Emmy Award winner Christopher Bird, tells the story of the creation and success of the ballet featuring the great and the good of both rock and dance, including Brian May, Roger Taylor, Gil Roman, Wayne Sleep and Arlene Phillips. The performance includes incredible archive footage of Freddie Mercury, Maurice Béjart, QUEEN and Gianni Versace, as well as featuring Versace's stunning costume designs. The production continues to tour widely, but is captured here performing at Théâtre Métropole, Lausanne in June 1997.

The "Ballet For Life" film is directed by Maurice Béjart and David Mallet, known specifically for directing live performance concerts of such megastars as Tina Turner, David Bowie, THE ROLLING STONES, and numerous QUEEN videos, including "Bicycle Race", "Radio Ga Ga", "I Want to Break Free" and Freddie's classic "The Great Pretender" video.

Maurice Béjart's long-standing friend Gianni Versace was tragically killed in Miami shortly after the filming in Lausanne. Sadly, this departure into the world of ballet for Versace proved to be one of his last.

The production marks the ultimate fusion of QUEEN's sweeping emotional melodies, both live and studio tracks, and the timeless ethereal grace and movement of ballet. It is the first and only time a full-length ballet has been paired to rock music, albeit alongside some traditional pieces from Mozart. The theme of the choreography is about the cycle of life and life triumphing over death, which perfectly reflects the mood of the songs. Dancers fuse classical and modern ballet seamlessly to songs, including "It's a Beautiful Day", "I Was Born to Love You" and "Radio Ga Ga", closing with the spectacular "The Show Must Go On". This release also includes a substantial segment of John Deacon's final performance with QUEEN, taken from the "Queen + Béjart Ballet For Life" premiere performance with Elton John in Paris.

Béjart explained that with "Ballet For Life" he wanted to bring Freddie Mercury back to life, in doing so he created a delight for both QUEEN and ballet fans alike. Breaking with tradition, the packed audience applaud throughout the show. This is ballet as you've never seen it before, with the wild-eyed euphoria of a rock concert.

Appropriately, "Queen + Béjart: Ballet For Life" will be released the day after the annual Freddie For A Day events, marking the birthday of the late, great Freddie Mercury.

100% of royalties payable by Eagle Rock Entertainment to Tonleigh Ltd will be donated to The Mercury Phoenix Trust fighting AIDS worldwide. 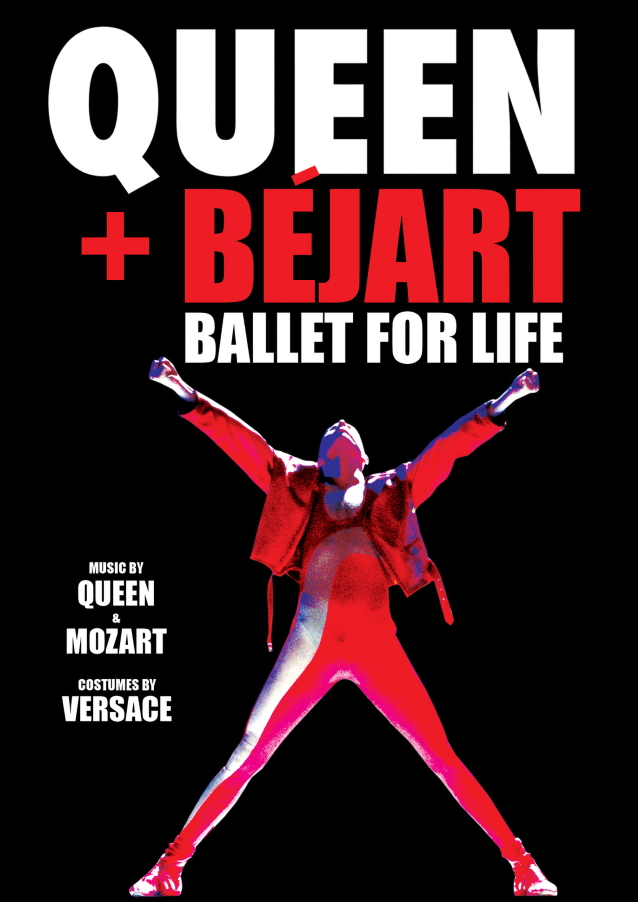