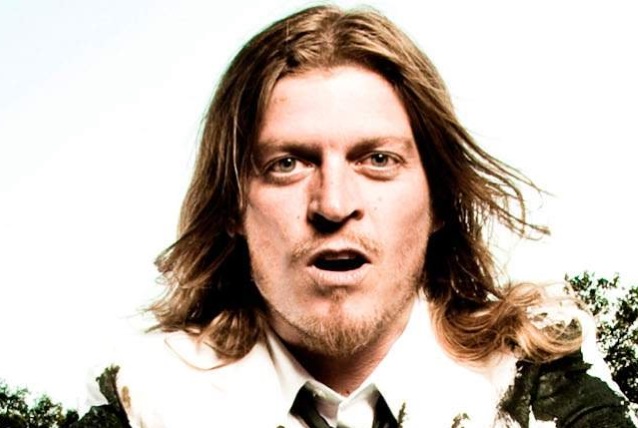 The Pulse Of Radio reports that PUDDLE OF MUDD frontman Wes Scantlin appears to be trying to finally get his life together after years of legal troubles, canceled or disrupted shows and arrests for disorderly or drunken behavior. According to a recent post from the band on Facebook, Scantlin has been in rehab since before Christmas and is "doing very well."

Scantlin was arrested at Los Angeles International Airport (LAX) on September 9 after he attempted to board a plane with a BB gun. He pleaded no contest and was banned from LAX unless it involved traveling for work.

Before that, there have been a few tumultuous years for the singer and guitarist. In January of 2016, he was arrested on suspicion of breaking into his former home and vandalizing some of the property.

He skipped two court dates related to the charges later that spring, which led to another arrest.

Prior to that, Scantlin was arrested in December 2015 for possession of a controlled substance and had several previous busts that same year for driving under the influence.

Additionally, he was arrested at a Denver airport in 2015 for taking a joyride on a baggage carousel and taken into custody as far back as 2012 for an altercation with a flight attendant.

He also ended a number of PUDDLE OF MUDD shows in 2016 early with various meltdowns, including one in which he accused a fan of stealing his house.

PUDDLE OF MUDD will resume touring later this month after being forced to cancel some performances due to Scantlin's troubles. The band will play at the Whisky A Go Go in Los Angeles on January 26.

Happy Holidays to all our fans!!!
We hope you have a great Holiday and Happy New Year 2018.
First show of the year is...