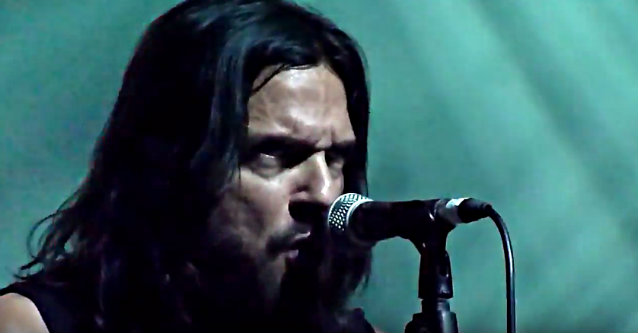 American power trio PRONG will release its new studio album, "Zero Days", in the summer via Steamhammer/SPV. Frontman Tommy Victor told SchecterGuitars.com about the follow-up to 2016's "X - No Absolutes": "I'm quite happy about this new 'Zero Days' album. There's a couple of songs on it that are without a doubt the strongest PRONG songs ever. There's also some unbelievably heavy moments on it. Along the lines of most PRONG records, there's variety, but at the same time there's a certain consistency that I like."

He continued: "We've had some listening sessions and folks were headbanging and dancing around to it, then singing some parts afterwards. It's catchy, groovy and heavy. More chances have been taken for sure, but we made sure we have those main elements that make a PRONG record. I also put a big concentration on the lyrics. That's not unusual, but I put an extreme effort into it this time."

PRONG spent October and November 2016 trekking through Europe with OBITUARY, EXODUS and KING PARROT as part of the "Battle Of The Bays" tour. In April/May, they are touring North America with TESTAMENT and SEPULTURA.