James Zahn of Fangoria.com recently conducted an interview with PRONG mainman Tommy Victor. A couple of excerpts from the chat follow below.

Fangoria.com: The new release coming out next month isn't PRONG's first foray into the remix realm, but it is the first full-length remix album. How did this come about?

Tommy Victor: Well, 13th Planet wants to do a remix record for every album they put out. It's actually one of the reasons we signed with them, because I think that's pretty cool. However, I wasn't really sure about this one ever coming out though, because the initial remixes I was getting about a year ago, I really didn't like. Then I got a couple from the guy from PITCHSHIFTER, and went, "This is pretty cool." Then I got more people involved and started getting more and more that I liked. Eventually we just nailed it. I didn't want to put out something that just ended up being a dance record. All the remixes had to be really cool, and it just took a little while to get it all shaped.

Fangoria.com: I've been following you since I was a kid, and have seen the band in many incarnations going back to the early '90s — and while each progressive PRONG album was always PRONG, there were always subtle differences. On "Power Of The Damager", it was stripped back and felt like a return to the roots. Was that a conscious decision?

Tommy Victor: A little bit, but partially it had to do with the fact that I thought the songs were strong and I didn't want to go overboard with it. Looking back, I think that was a mistake. This happens on every album I do — I end up going back and thinking, "Why didn't I do this? Why didn't I do that? Why didn't I think of what you just told me?" I didn't really think about it at all, and we just sort of did it. It could've probably been better if we'd noticed some of the things like you were talking about with the concept of going back to the beginning. Sometimes I don't look at the big picture, and I just write songs and then in retrospect realize that we could've treated some of them differently. As far as the material, some of it was definitely throwback. When we started touring again and playing the older stuff, I started realizing that I like playing the older stuff more than the recent stuff a lot of the time. Sometimes you have to reinvent yourself by going back and hearing what you've done in the past. So in terms of an overall concept, there really wasn't one.

Fangoria.com: You're going to start recording the next PRONG album this summer, right?

Tommy Victor: Yep. We're working on material, which is probably why I'm a little self-critical. I'm going through that hell right now where you realize that you could have done things differently on the last album, and I've been working on songs for the new album for about a year and now, and where to go and what to use is a whole different story. With the other guys and what they like, too is another can of worms in itself.

Fangoria.com: What would you call the most horrific real-life experience you've had on the road?

Tommy Victor: (Laughing) Man, I'm gonna have to think about that because there's been so many! I think the most horrific that turned out to be cool in the end was a van accident we had near Waco, Texas. It was bad. We had this crazy road manager that was driving like 90 miles an hour in the van and we hydroplaned in the rain. I was the only guy awake, and the only guy that got injured, because I was holding on for dear life. I was holding onto my seat, and the whole experience felt like it was about an hour long even though the accident was over in a matter of seconds. The van just tumbled head over and it was like an amusement park ride as I held on. Everyone else was fine, but I cut one of my fingers rather severely. I didn't think I was gonna die though. Actually, I did think I was gonna die once on a flight to Mexico with DANZIG. Lemmy (MOTÖRHEAD) was on the flight too, and now every time I see him he says, "We almost died together!" We hit some turbulence and the plane was out of control. Women were screaming and praying in Spanish. The thing was going down, and the wings looked like they were being torn right off of the plane. I'd never experienced turbulence like this before, and it was like the pilot had gotten drunk and fallen asleep. The plane was just nose-diving into mountains and I actually laughed and said, "This is it." The only thing I was afraid of was the actual pain that I would experience when the plane actually crashed. That was just like three years ago. I flew out of my chair and someone grabbed me. I was laughing. Those are just two of the things, but dude I could write a book. There's been so many experiences.

Read the entire interview from Fangoria.com. 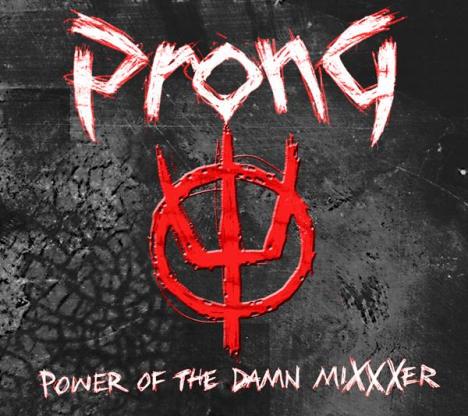