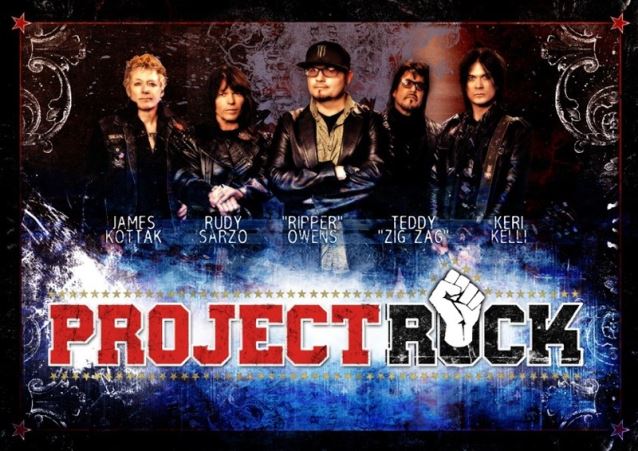 A promotional video for the second Russian tour from PROJECT ROCK (formerly ROCKSTAR) — the new band featuring former and current members of JUDAS PRIEST, ALICE COOPER, OZZY OSBOURNE and SCORPIONS — can be seen below.

PROJECT ROCK last spring completed a week-long tour of Russia where they played classic songs from their respective bands.

The group's first Russian trek kicked off on May 18 in Moscow, with stops in Krasnodar, Rostov, Voronej, Penza and Saratov, before the tour ended on May 28 in Ufa.

"Here's To Us", the first-ever original song written and recorded by PROJECT ROCK, was premiered earlier this month on "Drive Time Morning Show with Evgeny Shtoltz", which airs on the Moscow, Russia radio station Rock FM.