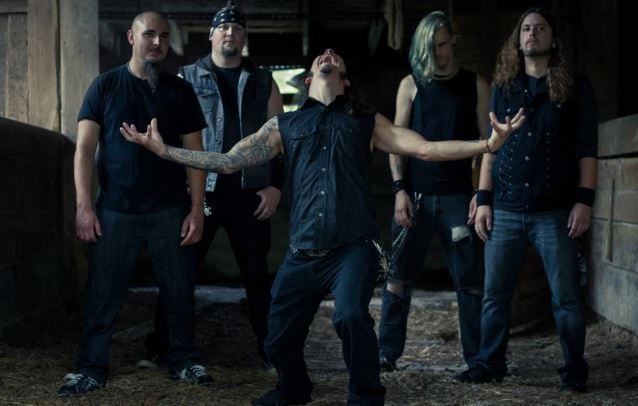 "As Your Kingdom Falls", the new lyric video from Kenosha, Wisconsin-based metallers PRODUCT OF HATE, can be seen below. The song is taken from the band's upcoming studio album, to be released later this year via Napalm Records. The CD was mixed and mastered at SafeHouse Production by James Murphy (DEATH, TESTAMENT, OBITUARY).

PRODUCT OF HATE has been crafting its vicious blend of groove, thrash, and new-wave metal for the past few years. The band has shared the stage with some of the biggest acts in metal, including TESTAMENT, LAMB OF GOD, GWAR, CHIMAIRA, UNEARTH, MESHUGGAH, JOB FOR A COWBOY and LAZARUS A.D.