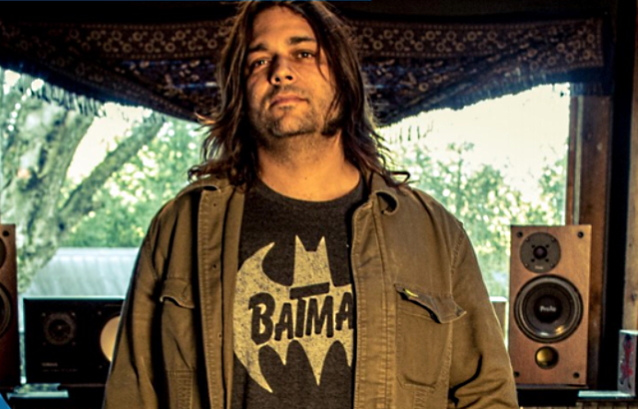 Acclaimed rock producer Nick Raskulinecz has told Gearphoria magazine that he would love to work with METALLICA, calling them "the greatest metal band of all time, in my opinion."

He said: "In the early/mid-'80s, there was METALLICA, and that was it. I dug a lot of the '80s hair bands, but once METALLICA started coming out, that's what really got me into heavy music. Between 1984/85, me and my friends were the guys in high school with the METALLICA patches sewn onto their jean jackets, walking down the hallways screaming 'METALLICA!' in everyone's faces at 9:30 in the morning. It was like a gang. That's how music used to be. You were in a gang with your buddies and you were in the know. There was this thing called METALLICA and in Knoxville, Tennessee, not a lot of people knew about METALLICA, but me and all my friends did. We were all about it. Recording a band like METALLICA, now, then or whatever, I think would be pretty awesome.'

When the interviewer told Nick that he "should hook that up," Raskulinecz responded: "Ahhh... I've tried. They're not interested. Who knows, maybe they'll read this and call me."

Based in Nashville, Raskulinecz has worked with RUSH, ALICE IN CHAINS, KORN, RISE AGAINST and DEFTONES, among others, and over three decades in the studio, has notched 19 Grammy nominations, nearly 50 No. 1 rock records and 70 top 10 radio hits.

For the last few years, METALLICA has worked almost exclusively with producer Greg Fidelman, who helmed the band's latest album, 2016's "Hardwired… To Self-Destruct". Prior to collaborating with Fidelman, METALLICA used Paul Curio for the band's debut album, 1983's "Kill 'Em All"; Flemming Rasmussen for the following three albums, "Ride The Lightning", "Master Of Puppets" and "…And Justice For All"; Bob Rock for 1991's self-titled album, "Load", "Re-Load" and "St. Anger"; and Rick Rubin for 2008's "Death Magnetic".