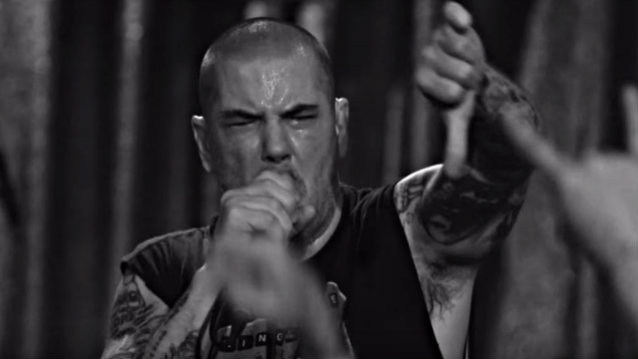 Professionally filmed video footage of SCOUR — the new extreme metal "supergroup" featuring Philip Anselmo (PANTERA, DOWN, SUPERJOINT) alongside members of CATTLE DECAPITATION and PIG DESTROYER — performing the PANTERA classic "Strength Beyond Strength" at SCOUR's first-ever concert, which took place on February 19 at One Eyed Jacks in New Orleans, Louisiana can be seen below. The clip was filmed by Mike Holderbeast, Carolyn Babauta, Ritchi Rooster, Steven W. Richardson and Justin Delong. The audio was recorded and mastered by Steven W. Richardson.

Adam Jarvis's next gig with SCOUR will take place on June 14 at Saint Vitus in Brooklyn, New York.