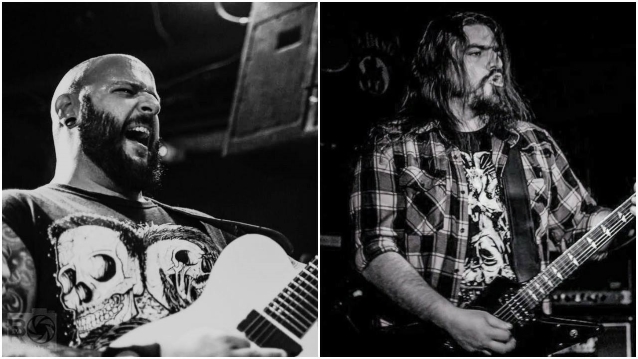 Phillips joined PRO-PAIN in 2011 as the replacement for Tom Klimchuck and appeared on the band's last three studio albums, 2012's "Straight To The Dome", 2013's "The Final Revolution" and 2015's "Voice Of Rebellion".

PRO-PAIN said in a statement: "We are sad to report the amicable departure of our dear friend and long-time lead guitarist Adam Phillips. Fortunately, the decision was not rooted in drama or ill will, and at the end of the day we all shall remain as brothers. Adam's impeccable guitar work and charismatic performances will be missed, and we wish him nothing but the best moving forward. We hope that you will continue to support him in his musical endeavors.

"On a lighter note, we are proud and pleased to announce the addition of our new lead guitarist Greg Discenza (from the Belgian metalcore group KOMAH). Greg is a uniquely talented guitarist in his own right, and a force to be reckoned with onstage. Rest assured, our lead guitar position remains in capable hands and on solid ground. So, welcome Greg and thank you Adam! Onward and upward, the 'PAIN TRAIN' rolls on!!!"

PRO-PAIN's latest album, "Voice Of Rebellion", was released in June 2015 through SPV/Steamhammer.

We are sad to report the amicable departure of our dear friend and long-time lead guitarist Adam Phillips. Fortunately,...