This past Monday night (July 3), PRO-PAIN frontman Gary Meskil was the victim of a robbery and attempted murder in Brussels, Belgium. According to a statement released by his bandmates, Gary was pick-pocketed of cash, credit card, and passport, struck on the head with an ice pick and then subsequently attacked by a gang of individuals. The police have confiscated more than one weapon and they have established the identities of some of the suspects. Gary was quickly admitted to ICU after suffering head trauma (including several fractures to his face and jaw) and massive blood loss. Since then he has stabilized and is trying his best to recover, but future surgery may be necessary.

As a result of Meskil's injuries, PRO-PAIN has been forced to cancel its scheduled concerts in Roeselare, Belgium (July 7) and Osnabrück, Germany (July 8).

According to Nieuwsblad.be, Meskil left the hospital yesterday and is now recovering at a friend's house in Belgium. He is said to have been put on "heavy pain medication."

PRO-PAIN is continuing to tour in support of its latest album, "Voice Of Rebellion", which was released in June 2015 through SPV/Steamhammer. 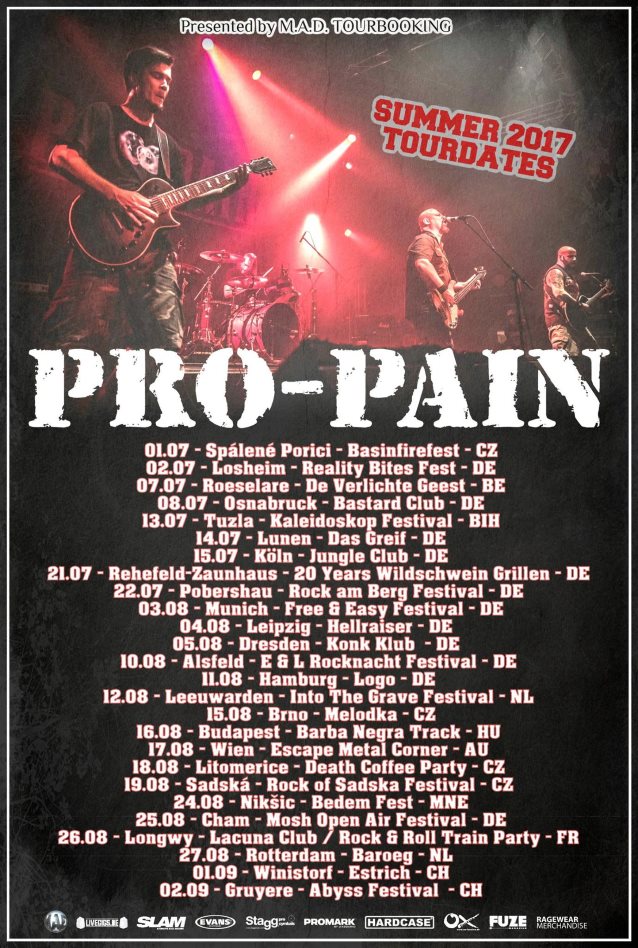