German power metallers PRIMAL FEAR will begin mixing their new album, "16.6: (Before The Devil Knows You're Dead)", on January 5 at House Of Music studios in Winterbach, Germany with Dennis Ward and Achim Köhler. The CD, which is tentatively due in May via Frontiers Records, will mark the group's first release with guitarist Magnus Karlsson (ALLEN/LANDE, STARBREAKER), who replaced Stefan Leibing last year.

Check out photos from the studio at this location (free MySpace registration required to view photos).

PRIMAL FEAR's latest album, "New Religion", in 2007 landed on the Swedish chart at No. 67. It also entered the German chart at No. 60. The CD was released in the U.S. on January 29, 2008 via Locomotive/Ryko. Guest musicians on the album include Kai Hansen (GAMMA RAY, ex-HELLOWEEN) and Simone Simons (EPICA). 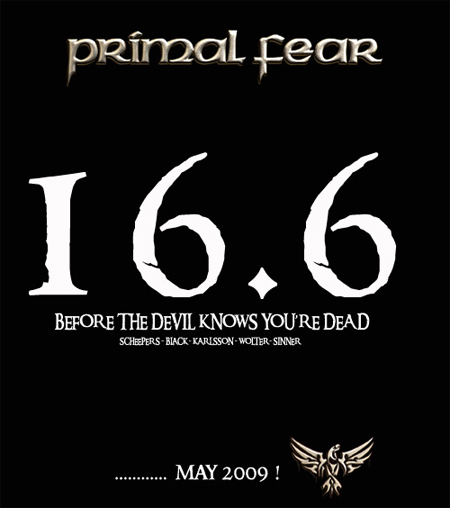