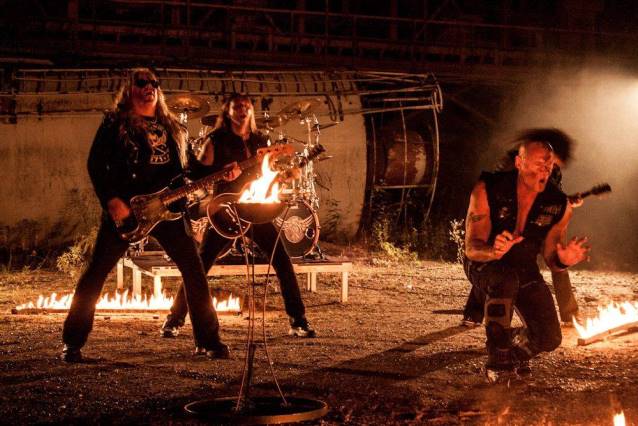 German power metallers PRIMAL FEAR have finished filming music videos for two new songs from their forthcoming tenth studio album, "Delivering The Black": the first single, "When Death Comes Knocking", plus "King For A Day". The band states: "Great vibe and time — you will love it!"

"Delivering The Black" will be released in January 2014 via Frontiers Records. The CD was mixed with Jacob Hansen (VOLBEAT, PRETTY MAIDS, DESTRUCTION) at his Hansen studio in Ribe, Denmark. 12 tracks were recorded during the new album sessions, including "two epic songs, one guitar ballad, and nine crushing metal songs with all the trademarks you know and love to hear from PRIMAL FEAR," according to the band. The effort was engineered by Achim Köhler (EDGUY, MASTERPLAN) and was produced by PRIMAL FEAR bassist Mat Sinner.