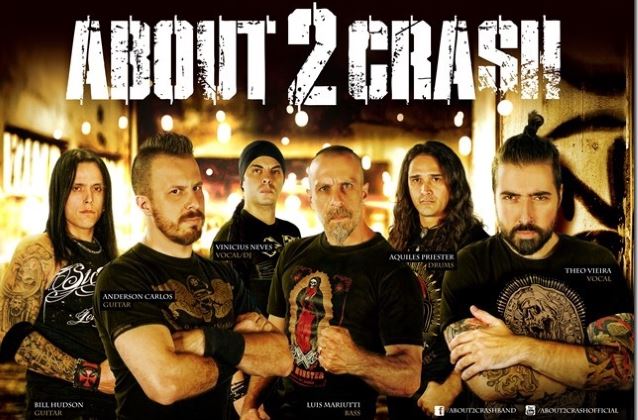 According to a press release, ABOUT 2 CRASH creates "an aggressive and modern sound, mixing heavy, melody, groove and samplers."

In existence for just over a year, the band has been improving its style and compositions, and has released three singles released so far, all of which mixed in Los Angeles by renowned producer Damien Rainaud (FEAR FACTORY, DRAGONFORCE).

ABOUT 2 CRASH is planning to release a full-length album in the second half of 2015. The band will also perform at the Rock In Rio festival in September.