British melodic hard rock veterans PRAYING MANTIS have commenced the recording sessions for their new album, "Threshold of a Dream", for a tentative early 2009 release via Frontiers Records. The CD is being tracked in Atlanta, Georgia with producer/engineer Andy Reilly and it will "once again present the familiar blend of the hard rock edge with very melodic 'hookline' choruses that have always been an essential trade mark of MANTIS," according to a press release. "Still there will be a couple of epic numbers to complete the lot." Songtitles set to appear on the album include "Threshold of a Dream", "Sanctuary", "Broken Chain", "Touch The Rainbow", "Turn The Tide", "Tears In The Rain", "Restless", "Heart In Time", "So High", "Playing God" and "Highway". 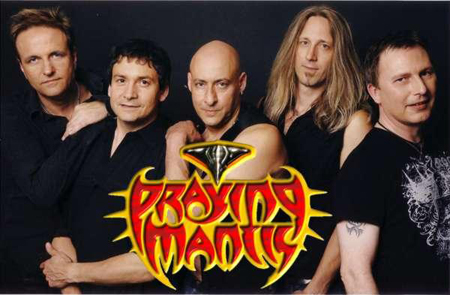