POWERWOLF will release a concert DVD/Blu-ray, titled "The Metal Mass Live", on July 29 via Napalm Records.

A video teaser for the set is available below.

"The Metal Mass Live" contains three complete live shows with which you can enjoy the irresistible hooklines and great metal hymns of POWERWOLF with live recordings from the Masters Of Rock and Summer Breeze festivals, as well as the Oberhausen gig from the "Wolfsnächte" tour. Apart from that, all the previously released video clips and two documentaries are included.

"The Metal Mass Live" will be presented in beautiful packaging that will make collectors' hearts beat faster: with about seven hours material, the first DVD/Blu-ray release of one of the most successful German metal bands will be made available on mediabook with 2 DVDs / Blu-ray + live CD; earbook with 2 DVDs and 2 live CDs; a live CD; and as gatefold double vinyl.

POWERWOLF's sixth album, "Blessed & Possessed", was released last July 17 via Napalm. The CD was mixed at Studio Fredman in Gothenburg, Sweden with Fredrik Nordström and Henrik Udd and was mastered by Jens Bogren at Fascination Street. The album's cover artwork was once again created by POWERWOLF guitarist Matthew Greywolf. 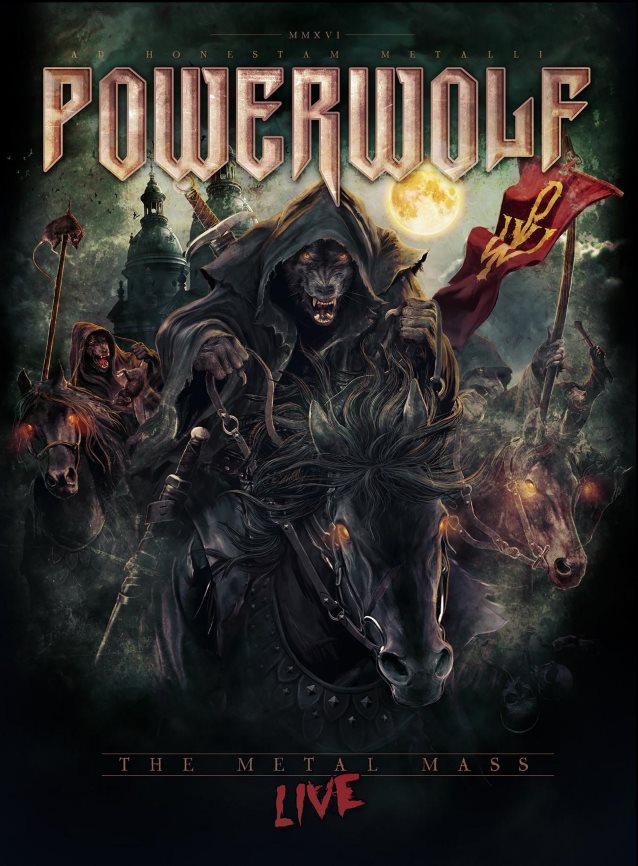