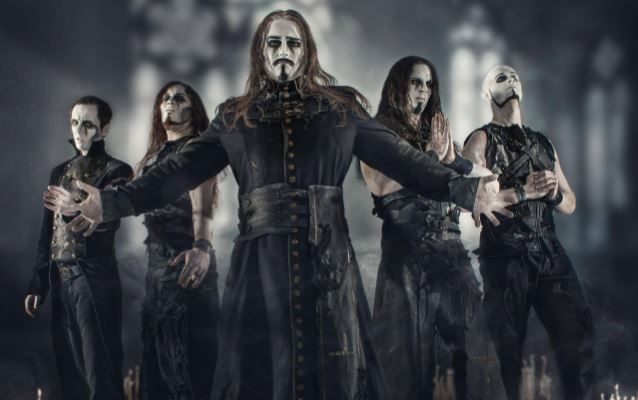 The first in a series of webisodes featuring behind-the-scenes footage from the making of "Blessed & Possessed", the forthcoming sixth album from multinational metallers POWERWOLF, can be seen below.

"Blessed & Possessed" was mixed at Studio Fredman in Gothenburg, Sweden with Fredrik Nordström and Henrik Udd. The CD, which was mastered by Jens Bogren at Fascination Street, will be released in July via Napalm Records. The album's cover artwork was once again created by POWERWOLF guitarist Matthew Greywolf.

Commented the band: "We have just had the pleasure to listen to the mastered album for the very first time. We're more than proud and satisfied with the result, and yet can hardly believe to have finished this intense production. Both Fredrik Nordström and Jens Bogren did killer jobs giving these songs exactly the sound they need."

Catch POWERWOLF live on their very special "Wolfsnächte" tour. The wolves will be accompanied by ORDEN OGAN, CIVIL WAR and XANDRIA.

Asked about the musical direction of the new POWERWOLF material, Matthew previously said: "Without revealing too much, you can expect an album that's 100% uncompromising POWERWOLF stuff. There's songs to go wild to, there's epic and atmospheric stuff, and a lot of wolfish metal madness in between, and quite a bunch of songs that will be must-plays on any future POWERWOLF show, for damn sure."