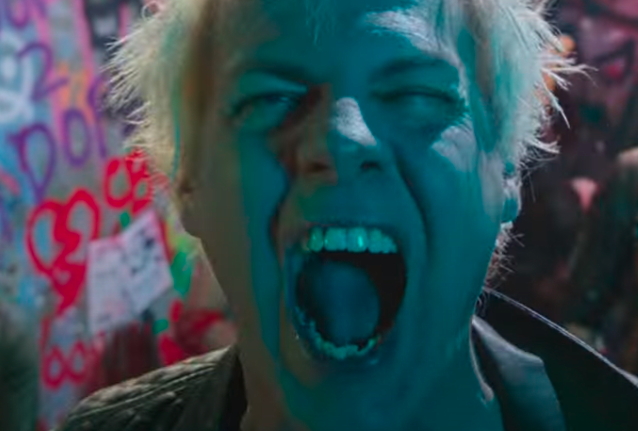 POWERMAN 5000 frontman Spider One has weighed in on reports that the state of the coronavirus pandemic in the U.S. is officially worse than it has ever been.

38,115 new infections in the country were reported by state health departments on Wednesday — surpassing the previous single-day record of 34,203 set on April 25.

Earlier today, Spider One shared a graphic from the European CDC which shows that unlike Europe and parts of East Asia, the United States never climbed down from its April peak of COVID-19 cases. He wrote in an accompanying message: "Keep pushing America! We're almost at the top!"

The singer's latest comments come two weeks after he derided people for been questioning the severity of COVID-19.

"Hey assholes, if you every want to see another band play live again, stop pretending this Covid 19 shit ain't real," he tweeted on June 11.

Officials at the Centers for Disease Control and Prevention and many other experts have concluded that millions of Americans have probably had the coronavirus without knowing it.

"Our best estimate right now is that for every case that was reported, there actually were 10 other infections," Dr. Robert Redfield, the director of the CDC, said on Thursday.

Although confirmed coronavirus infections in the U.S. current stand at 2.3 million, the real number could be at least 20 million by the CDC's estimates.

Hey assholes, if you every want to see another band play live again, stop pretending this Covid 19 shit ain’t real.