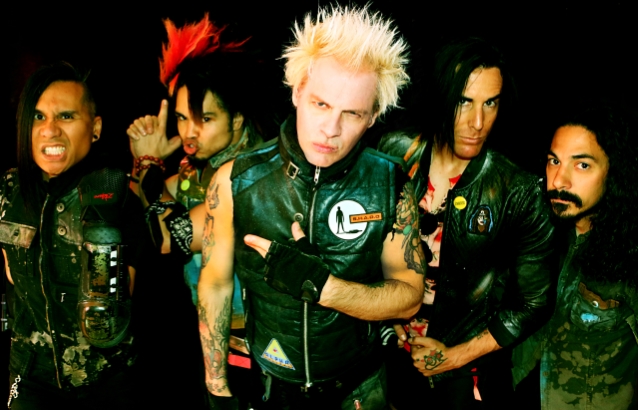 POWERMAN 5000 will celebrate the 20th anniversary of its most successful album, "Tonight The Stars Revolt!", by embarking on a three-week U.S. tour in June. The trek will kick off on June 12 in Colorado Springs and will end on July 5 in Lubbock.

In a 2014 interview with CrypticRock.com, frontman Spider One stated about the success of "Tonight The Stars Revolt!": "I think its timing and there is also a bit of luck involved. That record may have never even seen the light of day. I remember when we made that album, it was our second album from DreamWorks and we sort of changed our image and changed our sound a bit. When the band started, the sound was much more stripped down and almost like funk or heavy funk with rapping. We were really early on that sort of sound and we started doing that way before anyone had heard of RAGE AGAINST THE MACHINE and LIMP BIZKIT. In a way we were pioneers of that sound and then we changed it in 1999 to be a little more metal and more industrial. We finished that record with DreamWorks and they all kind of looked at us and said, 'We do not hear anything, not even a single, nothing. We do not know what to do with this.' We thought, 'Wow! Okay.' They were pleading with us to be like the DEFTONES and they said, 'You should be riding a fucking skateboard,' and I said, 'Well, I do not want to do that.' Then success with the record came, oddly enough, after a radio convention in Los Angeles. It was where all the program directors and the radio stations got together and they did this thing were all the labels get submitted songs and new artists' songs to the convention. The programmers got to pick the best song at the convention and they picked one that was called 'When Worlds Collide' out of all the songs at the convention. Then suddenly it was like we were geniuses, that there was a hit single here, and the verdict was that the collective of these program directors saying that they loved this song. That inspired the label and they got it on the radio. Then suddenly we went from being this completely unknown band to literally rolling into town and, wherever we were in America, having our song be in the Top 5. It was bizarre. Like I said, we were this weird band that no one cared about and then suddenly Top 5. We were No. 4, NINE INCH NAILS No. 3, and all these bands that we thought were massive, we would be above them in top most requested songs. Something that takes years and years, and then when it happens, it just goes so fast; at least it did back then. I do not know if it happens like that anymore." 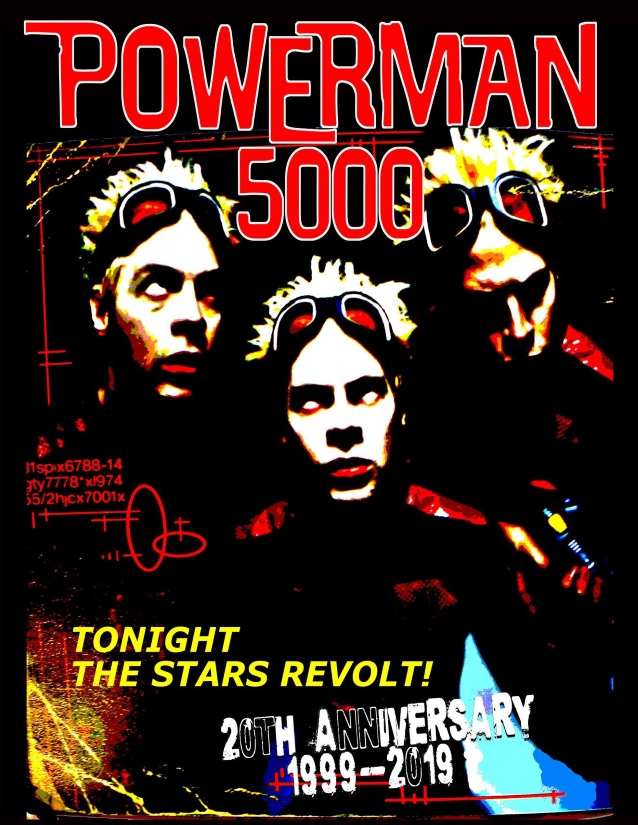