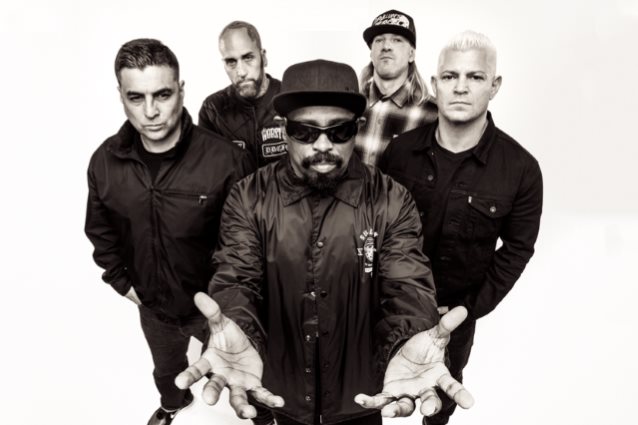 POWERFLO's debut album is scheduled for a June 23 release via New Damage Records. The effort was mixed by Jay Baumgardner and was mastered by Maor Appelbaum.

Regarding how the name for the new project came about, Christian told The New American Media: "Basically, Sen Dog was spitting his game on some of the heavy riffs and shit. And he was, like, 'Do you like this?' And Roy, the other guitar player, said, 'Yeah. A power flow. That's good.' So that's where it kind of came from."

During the same interview, Graziadei described POWERFLO's musical direction as a cross between IRON MAIDEN, BLACK SABBATH and CYPRESS HILL, and expressed hope that the new project would hit the road later in the year.

In February 2016, BIOHAZARD parted ways with its frontman of five years, Scott Roberts. A replacement singer has not yet been announced.

Olde Wolbers hinted in an interview last fall that he would join BIOHAZARD as the band's new frontman, but the group has not confirmed his involvement.