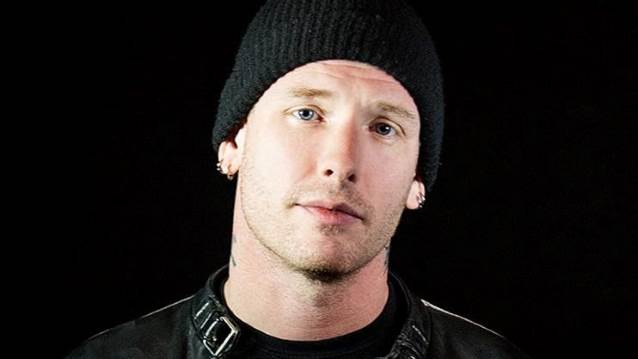 It's estimated that nearly twenty million people are affected by depression in the United States. Left untreated, depression can lead to feelings of hopelessness, decreased neurological function, interpersonal isolation, and loss of interest in activities previously enjoyed. Depression remains the largest perpetuator of suicide, which is the third leading cause of death amongst adolescents ages 15-24 and the second leading cause of death in college students.

On August 31 at Soundwars Studios in Hoboken, New Jersey (the studio founded by Cristian Machado and Lazaro Pina of Latin-American metal band ILL NIÑO), in support of National Suicide Prevention Week, the You Rock Foundation will host a special gallery showing of the photography of foundation co-founder Laura DeSantis-Olsson (LDO Photography). The pieces on display are based on the question: "Why Is Music Important?" The gallery show will take place from 6:00 p.m. to 10:00 p.m.

The You Rock Foundation is a music-based non-profit focused on raising awareness for mental health through music artist testimonies regarding the dark times in their lives and how they overcame these feelings. The foundation was created to serve as a safe haven for those who have suffered or are currently suffering. Using music as a backdrop, the foundation seeks to pull those suffering out of the dark and show them the possibilities of moving forward with life. Among their advocates are renowned recording artists Corey Taylor (SLIPKNOT, STONE SOUR), Jonathan Davis (KORN), Randy Blythe (LAMB OF GOD) and Darryl McDaniels (RUN-DMC).

Musicians whose portraits by Laura DeSantis-Olsson will be featured include:

Each vinyl print (unless specified otherwise) measures at 36 inches x 72 inches. All prints will be available for purchase. Other merchandise for sale will include program books, including the written statements from the artists and their portraits, individual 8 in x 10 in artist portraits of all of the contributing artists of the You Rock Foundation, and limited-edition clothing designed by local artists featuring the You Rock Foundation logo. A portion of all proceeds from the event will be donated to the You Rock Foundation.

Laura DeSantis-Olsson says: "As the founder of the You Rock Foundation, Joseph Penola was developing his initial ideas around saving lives through the power of music and lyrics, I was developing my thesis statement throughout my work: 'Why Is Music Important?' Joe and I were already colleagues in the music industry, as well as friends, and I was witness to some of the struggles he went through being a two-time suicide attempt survivor battling depression and anxiety. When he shared his idea of the foundation with me, it fell right in line with my passion for music in my life, reconnected me with the music that got me through tough days, and was one of the answers to my initial question: Why Is Music Important?"

Underneath each photo featured at the gallery — which will be mounted to freestanding walls — will be a key statement from each photographed artist as told to the You Rock Foundation, and on the other side of the wall will be a live photo of said artist with comments from their fans relating to how they were personally impacted by their music.

In addition to his portrait being featured, Acey Slade will also be onsite and his new coffee brand, Dead Sled Coffee, will be available to try at refreshment stations. The event will also feature performances from confirmed artists such as Aurin, Francesco Paladino, members of CONCRETE DREAM, and others, as well as spoken commentary from additional featured attendees, including Larry Marino-Latrenta of Gnome Promotions. 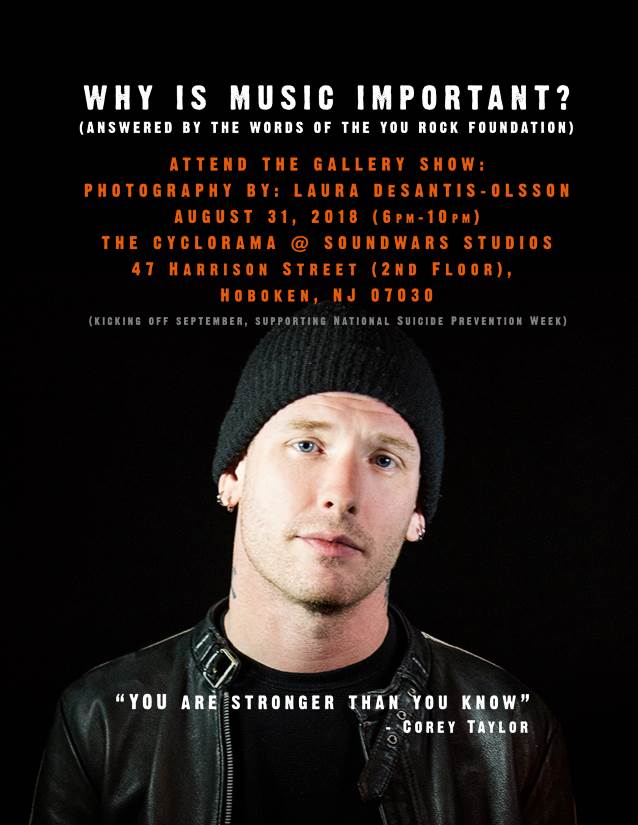