Two new PITIFUL REIGN tracks —"Visual Violence" and "Thrash, Boobs and Zombies" — have been posted on the group's MySpace page. The songs are taken from the young UK thrashers' début album, "Visual Violence", which is now scheduled for release on September 30 via Punishment 18 Records. The CD was produced by Steve DiGiorgio (SADUS, ex-TESTAMENT) and Juan Urteaga (VILE, SADUS) at Trident Studios in California and features artwork by renowned artist Ed Repka (MEGADETH, DEATH, MUNICIPAL WASTE).

A video for the song "Human Coleslaw", which is being produced by DiJitaL Media productions will be timed to coincide with the album's release and debuted on YouTube. 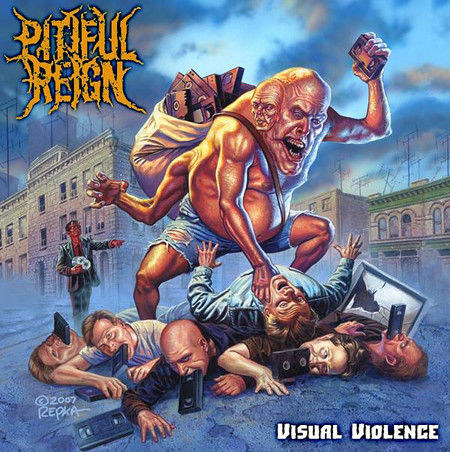