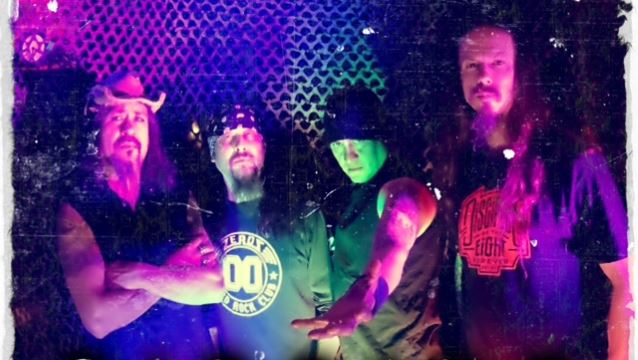 Texas-based "groove" metallers PISSING RAZORS have announced their return to the stage, set for Saturday, July 11 at Tricky Falls in their hometown of El Paso.

PISSING RAZORS, which recently added new bassist Geo Gomez, is in the early stages of preparation for a 2015 release of new material and run of live dates planned for both stateside and abroad.

PISSING RAZORS' upcoming CD will follow the vibe and direction of the band's Andy Sneap-produced 1998 self-titled effort as well as 1999's acclaimed "Cast Down The Plague" album, both of which were released through Noise/Modern Music.

PISSING RAZORS was formed by the Garcia brothers (Eddy and Danny) in the early '90s under the moniker BACK DOOR CYCLOPS, but changed its name to PISSING RAZORS in time for the release of the band's debut studio album, "Psycho Punko Metal Groove", in 1996. The CD was followed by "Pissing Razors", "Cast Down The Plague", "Fields Of Disbelief" (2000), "Where We Come From" (2001), the live record "Live In The Devil's Triangle" (2002) and the group's final release, "Evolution", in 2003. 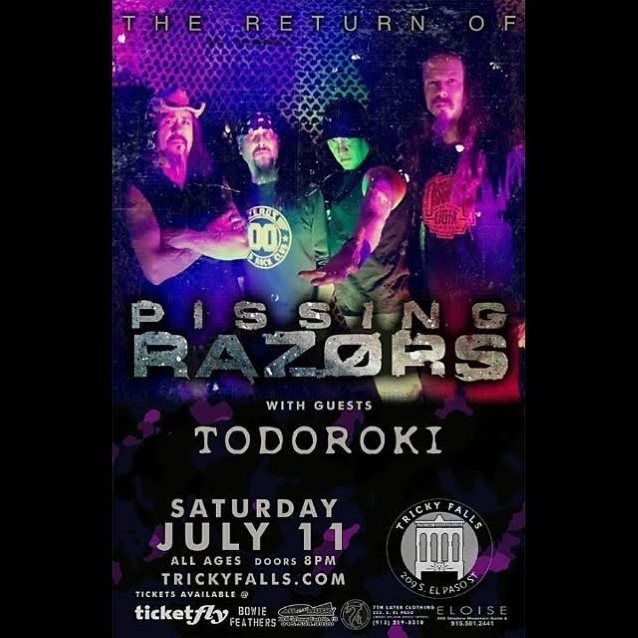