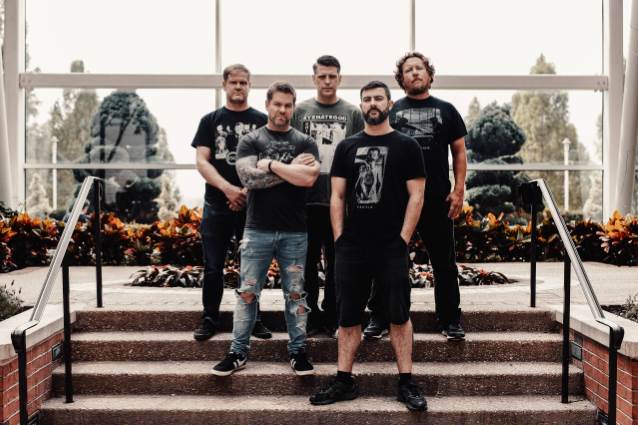 After six long, harsh years of absence, the mighty PIG DESTROYER have reassembled to eradicate eardrums and split skulls with their highly anticipated sixth full-length opus, titled "Head Cage" (named after a grisly medieval torture device). "Head Cage" is due out September 7 via Relapse Records.

The official music video for "Army Of Cops", directed by David Brodsky and featuring guest vocals from Richard Johnson (AGORAPHOBIC NOSEBLEED, ENEMY SOIL, DRUGS OF FAITH), can be seen below.

Scott Hull describes the video shoot as: "Hot and sweaty metal dudes rockin it out in a stuffy loading dock on a 102-degree day. Dave Brodsky tried to push us to do a video more metal than JUDAS PRIEST's 'Hot Rockin''; thankfully, he let us keep our shirts on." 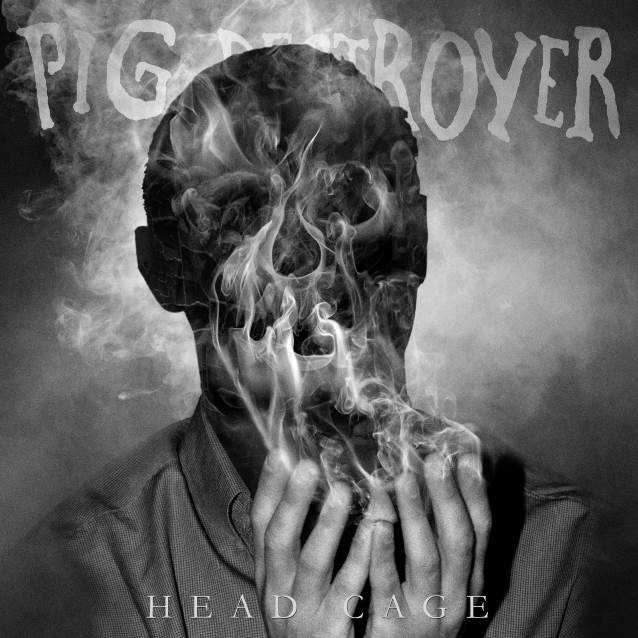