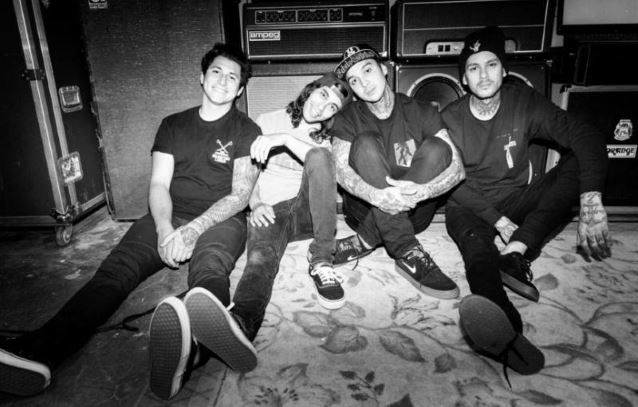 California-based progressive post-hardcore band PIERCE THE VEIL has been sequestered at Dan Korneff's Sonic Deris Recording Studio in New York writing and recording a brand new album for a January 2015 release via Fearless. As yet untitled, the follow-up to 2012's "Collide With The Sky" is once again being produced by Korneff, who has previously worked with A DAY TO REMEMBER and PARAMORE.

PIERCE THE VEIL vocalist Vic Fuentes began compiling ideas as early as late last year and started writing new material in earnest this spring. He and the rest of the band — Mike Fuentes (drums), Tony Perry (guitar), and Jaime Preciado (bass) — started pre-production in May in their newly renovated San Diego home studio. In June, with 11 songs written, the group headed to New York to begin recording; nine of those songs are earmarked for the new album, and the band has written two more since.

Said Vic about the sessions, "We try to stay focused on writing and recording songs that we're happy with, that we like, songs that will be fun to play live and that our fans will want to sing along with, songs that offer a little something different, but are all still very much PTV songs."

Leading up to the new album's release, PIERCE THE VEIL will co-headline 21 U.S. dates in November/December, the first leg of "The World Tour", a five-month, multi-leg global trek, with SLEEPING WITH SIRENS. Dates for the tour can be found below.

PIERCE THE VEIL's very first documentary, "This Is A Wasteland", offered a behind-the-scenes glimpse at the band's life on the road through interviews, previously unseen live performance footage, and more, all gathered from their extensive tour routes through South America, Asia, Europe, Australia, and North America.

"This Is a Wasteland" was 60 minutes long, and included three bonus music videos for "King For A Day", "Bulls In The Bronx" and "Hell Above".

"This Is A Wasteland" is available as a digital documentary on iTunes, and the physical region-free DVD comes packaged with a hard bound 28-page book and a bonus copy of "Collide With The Sky" CD.

"Collide With The Sky" sold 27,000 copies in the United States in its first week of release to land at position No. 12 on The Billboard 200 chart. 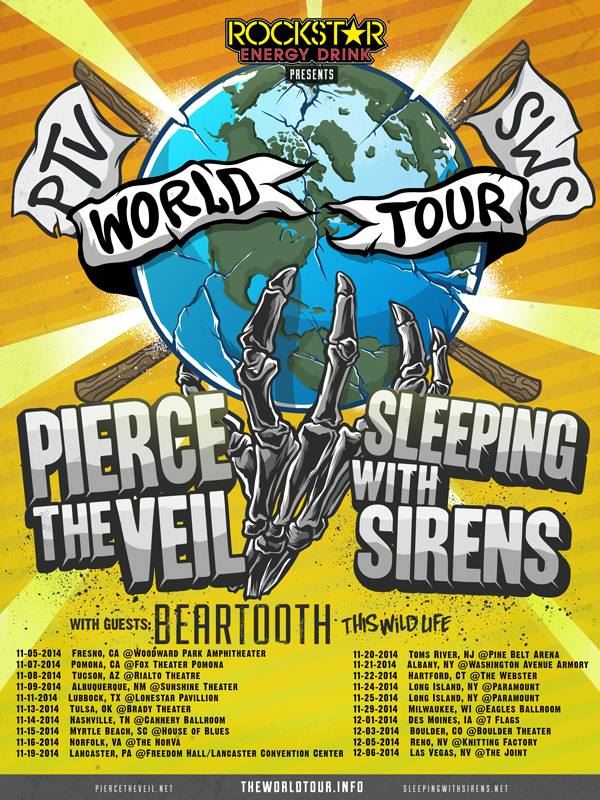