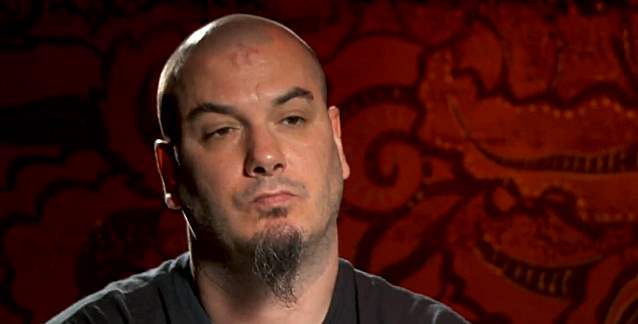 The single release celebrates the inaugural edition of Anselmo's Housecore Horror Film And Music Festival, which kicks off on Thursday in Austin, Texas and sees Scion A/V as the presenting sponsor. "Pigs Kissing Pigs", another previously unreleased track from the band, will be made available on Thursday via Bloody Disgusting with both songs available at the festival as a limited-edition 10-inch.

Anselmo (DOWN, PANTERA) and true crime author Corey Mitchell are curating the festival, explaining they wanted to provide horror and heavy metal fans a place to congregate amongst thousands of like-minded souls. The pair has amassed an amazing array of both established artists such as DOWN, GWAR, GOBLIN and the MELVINS alongside an impressive group of newcomers including PIG DESTROYER, PALLBEARER and WHITECHAPEL. The festival's film component is equally impressive with 35mm screenings of Jörg Buttgereit's "Nekromantik", Jim VanBebber's "Deadbeat At Dawn" and Coffin Joe's "At Midnight I'll Take Your Soul".

Asked what fans might be surprised to see in his forthcoming autobiography, tentatively titled "Mouth For War: Pantera, Pain, & Pride - Heavy Metal Highs, Drugged Out Lows, & The Battle For My Life", Anselmo told The Washington Times: "There's a lot of stories and a very, very interesting journey to fuckin' even get to the PANTERA chapters. It took quite a while and quite a lot of different craziness in my life to even fuckin' get to the point to where I was able to join PANTERA. So, a lot of shit happened before PANTERA and then obviously the PANTERA days were fucking insane in their own way. Since the death of Dimebag and the breakup of PANTERA before that, a whole lot of shit has happened, as well, both horrific and pretty damn fucking good."

He continued: "These days, man, you know, it's like I'm ten years clean from any fucking hard drugs at all and fuckin' haven't touched a drop of whiskey since 2001. Honestly, there's a big, I guess, educational, if you want to put it like that, portion of the book that shows there's somewhat of a ray of light even at the fuckin' lamest part of your life or the lowest part of your life. If people can learn from me, good, good for them. It's gonna be an interesting book." 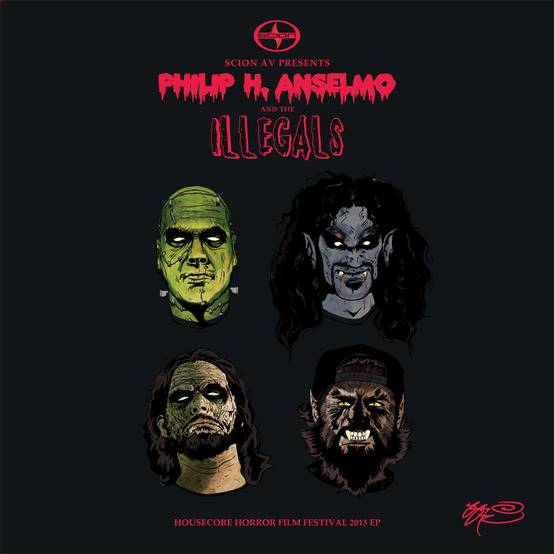