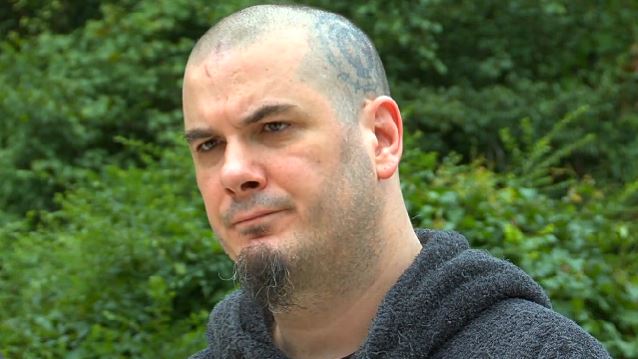 Former PANTERA and current DOWN frontman Philip Anselmo stars in "Metal Grasshopper", a web series produced and directed by Chris Lee, the SUPAGROUP guitarist-and-singer-turned-web–series-producer, who is married to Sean Yseult, the former WHITE ZOMBIE bassist. The series, which was shot mostly at Anselmo's wooded compound north of Lake Pontchartrain in southeastern Louisiana, follows the misadventures of a budding hard rock star, played by comedian, radio host, author and musician Dave Hill, as he seeks guidance from a metal mentor, played by Philip.

"Metal Grasshopper" pairs the unlikely duo of metal master Anselmo with comedian, dandy, and NPR darling Dave Hill. Dave begs Phil to mold him into "the baddest metal motherfucker of all time." Phil begrudgingly relents and the abuse and absurdity reach epic levels.

If you like stuff with corpse paint, burning pentagrams, medieval weaponry, irritable goats rented by the hour, couples counseling, delicious smoothie recipes, and real live chickens, you will love "Metal Grasshopper", because it has all that stuff and then a bunch of other awesome stuff on top of that too.

Conceived by Hill, Anselmo and writer/director Chris Lee during a torchlit ceremony in the goddamn woods while it was seriously late at night, "Metal Grasshopper" begins with Hill showing up unannounced at Anselmo's secret compound somewhere in the sticks outside of New Orleans to learn directly from the master. Anselmo isn't exactly crazy about the idea at first, but after Hill eventually proves he's not messing around, Anselmo reluctantly agrees to take Hill under his heavily tattooed wing, share his unholy wisdom, and let Dave crash in one of the upstairs guest rooms.

Over the course of the series' five episodes, Anselmo educates Hill on everything from headbanging to crowd work to even the most extreme of all breakfast cereals. Will Hill survive and come out the other end even more metal than before? Or will Anselmo scare Hill straight back to his parents' basement in Cleveland?

Check out the second episode — in which Anselmo schools Hill on headbanging, heavy metal vocals, and the most extreme of all breakfast cereals — below. Oh, and Hill takes a phone message for Anselmo from King Diamond, which is awesome. 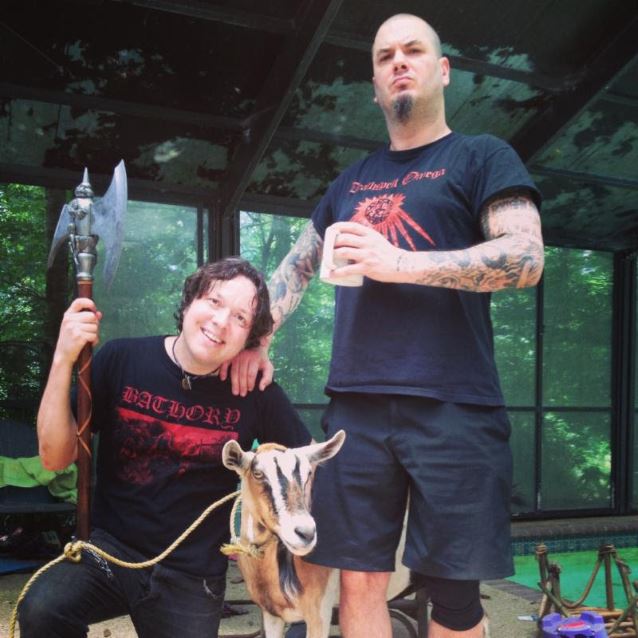