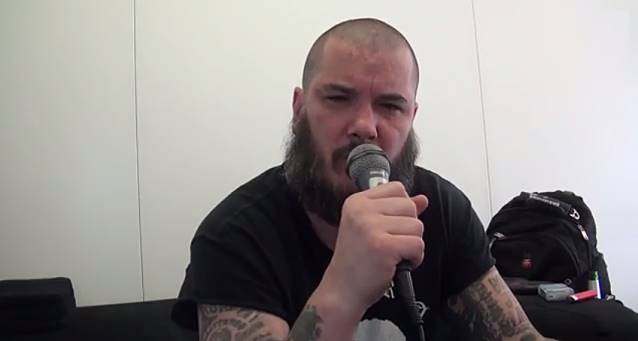 Kaaos TV conducted an interview with former PANTERA and current DOWN vocalist Philip Anselmo after his June 28 performance with his solo project, PHILIP H. ANSELMO & THE ILLEGALS, at Tuska open-air festival in Helsinki, Finland. You can now watch the chat below.

Speaking about where ILLEGALS fit in among some of the other projects he has been involved in over the years, Anselmo said: "The ILLEGALS are still unheard of, which is great. Can you see the greatness of it? Everything can grow and grow and grow. And I love, to a certain point, that the first record could be listened to one time and misunderstood. You know what other record was misunderstood in Europe? [PANTERA's] 'Cowboys From Hell'. Nobody liked it, nobody got us. We toured with JUDAS PRIEST in 1990 and also '91, we were hated, we were hated. No one fucking liked us. However, when we put out 'Vulgar Display Of Power', it validated fucking 'Cowboys From Hell'. So it made people go, 'Oh… I get it now. This is the direction. This is the band. This is a solidification.' So it's not that I am looking forward to replicating any certain style for the next ILLEGALS record, but it will be what it is, and I think that it could very well be… It could validate the first record. Maybe. If I feel like validating anything."

Anselmo also talked about what goals he has left for the remainder of his career more than 25 years after he started singining professionally. "I have nothing left to prove except that I can make interesting music that some people will love, some people will loathe, but such is the way of the fucking beast," he said.

"If you went around the world and you asked everyone, 'Hey, did you like PANTERA?' there's gonna be millions that say, 'I've never even fucking heard of 'em or know,'" he added. "So, PANTERA, don't get me wrong, we sold millions of records, but it's to those million fans. And I've always said, PANTERA fans are the fucking best, because without them, we'd be fucking zero."

Anselmo's career-first solo album, "Walk Through Exits Only", sold around 8,700 copies in the United States in its first week of release to debut at position No. 35 on The Billboard 200 chart. The CD was produced by Anselmo and Michael Thompson, and recorded over a couple of years at Philip's New Orleans studio, Nodferatu's Lair.