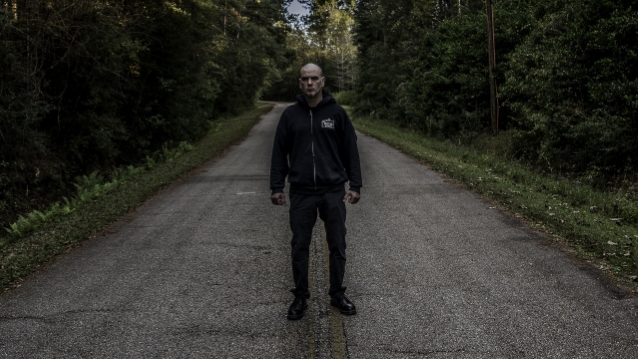 Former PANTERA and current DOWN/SUPERJOINT frontman Philip Anselmo spoke to the "If I Ruled The World" podcast about the title of the sophomore album from his PHILIP H. ANSELMO & THE ILLEGALS project, "Choosing Mental Illness As A Virtue", and how it relates to his his physical and mental state at the age of 50. He said (hear audio below): "Speaking from my own experience, in my youngest, strongest body, I ruptured a lower disc at about the age of 24, and just up to this past January, I've been at war with it. So chronic pain meets every medication that you can get from a doctor or not, I've done 'em all. So that has been a battle, man. And if you mix the chronic pain and the Hydrocodone, which is another catalyst for another drug, which would be Xanax — it commonly goes hand in hand — that is a toxic brew in the brain, man. So it's a war. And I've gotta say now — shoot, man, I am nine months clean and I haven't had a drink in almost three years. Man, I'm feeling better and better."

Anselmo said that being sober for his 50th birthday on June 30 made it a far more enjoyable experience than some of his previous birthdays.

"My 50th was better than my 30th and 40th by lightyears, man," he said. "Just peace of mind and knowing I wasn't gonna wake up the next day with a hangover — that's a good feeling, man, every day."

Philip also talked about the challenges in overcoming the physical ailments he has suffered from as a result of the damage to his back, neck, and knees sustained over two decades of touring.

"It is hard work and dedication to get back to a physical point that you're happy with," he said. "But, man, I'm down to 175 [pounds] from 220 a year ago. 175 — I'm light heavyweight right now, man. I've been kayaking and rocking the bag for 12 rounds. So I can do all that, man. So I know I just know that the physical part is… I know it's a battle and all that, but it's also doable."

In a separate interview with AXS, Anselmo, who underwent back surgery eight months ago, said that part of the reason he has dropped so much weight is because he wanted "to be light" for the current PHILIP H. ANSELMO & THE ILLEGALS tour, which kicked off on September 6 at Santos in New Orleans, Lousiana. "I wanted to put the least amount on any joints because all the stage work is more than your back — it's your knees, it's joints. It's so much easier on the joints to be light," he said. "I knew it would be an obstacle if I did weigh too much. I don't want to brag about it, but I have no use for pain medication or any of that shit. It's like an incredible flip of the script because I am breaking bad habits that I had for so long. It's interesting. It's weird how many bad habits you build up over time when you're in that position."

"Choosing Mental Illness As A Virtue" was released in January via Anselmo's Housecore Records in the U.S. and Season Of Mist in other parts of the world. The disc is the follow-up to PHILIP H. ANSELMO & THE ILLEGALS' debut, "Walk Through Exits Only", which came out in 2013 to mostly positive reviews.

PHILIP H. ANSELMO & THE ILLEGALS are currently touring the U.S. with Housecore labelmates KING PARROT. The trek, previously scheduled for the spring but postponed following Anselmo's back surgery, will include a stop at this year's edition of Berserker festival on September 28 in Pontiac, Michigan.