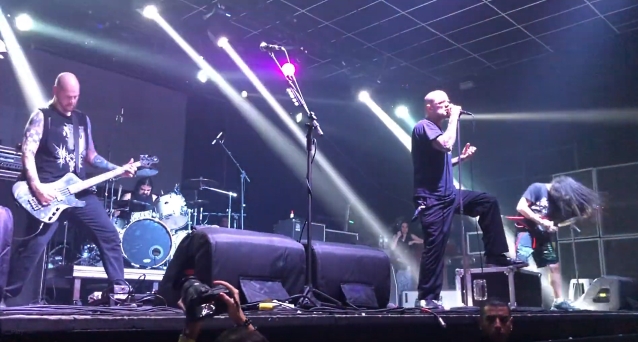 PHILIP H. ANSELMO & THE ILLEGALS, the project led by the former PANTERA and current DOWN/SUPERJOINT frontman, played a number of PANTERA classics during its January 26 concert at Tropical Butantã in São Paulo, Brazil. Fan-filmed video footage can be seen below.

Anselmo explained his decision to perform PANTERA songs with his solo band during a recent interview with Australia's Heavy magazine.

Up until his death last June, Vinnie remained on non-speaking terms with Anselmo, whom the drummer indirectly blamed for the death of Dimebag, who was his brother.

In March, PHILIP H. ANSELMO & THE ILLEGALS will make its way to Australia and New Zealand on the "Thrash Blast Grind" tour with Australian grind practitioners and Housecore Records labelmates KING PARROT. The journey marks Anselmo's first visit to Australia in over five years and includes a headlining set at Slayfest in Perth on March 23. Additional support will be provided by PALM (Japan) and POTION (Australia).

The summer months will find PHILIP H. ANSELMO & THE ILLEGALS playing a host of European festivals, including Graspop Metal Meeting in Belgium, Hellfest in France, and Metaldays in Slovenia, with more performances to be announced in the weeks to come. 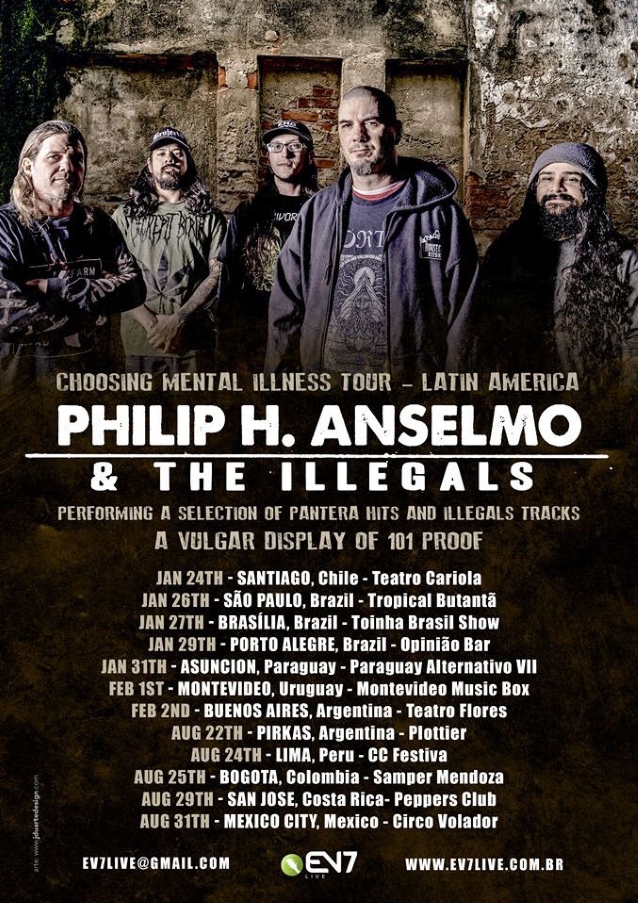