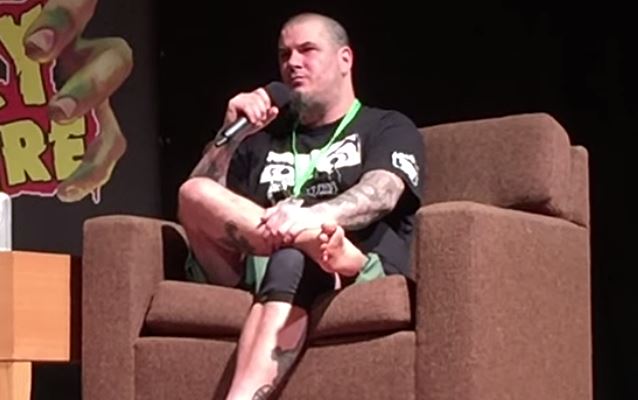 Former PANTERA and current DOWN frontman Philip Anselmo revealed during a question-an-answer session at this past weekend's the Spooky Empire horror convention in Orlando, Florida that he has launched "a secret death metal project with some secret other guys from across the equator." He also stated that he is writing new material for his reactivated SUPERJOINT RITUAL project as well as his solo band, which goes by the name PHILIP H. ANSELMO & THE ILLEGALS.

Video footage of Anselmo's Spooky Empire question-an-answer session can be seen below.

In a 2012 interview with Terrorizer magazine, Anselmo said about his varied musical taste: "I am a lover of all sorts of music but really my heart is ... really I love extreme music, underground music, whether it be grindcore, death metal, thrash, black metal, [or whatever other] subgenre, and I find beauty in a lot of this stuff."