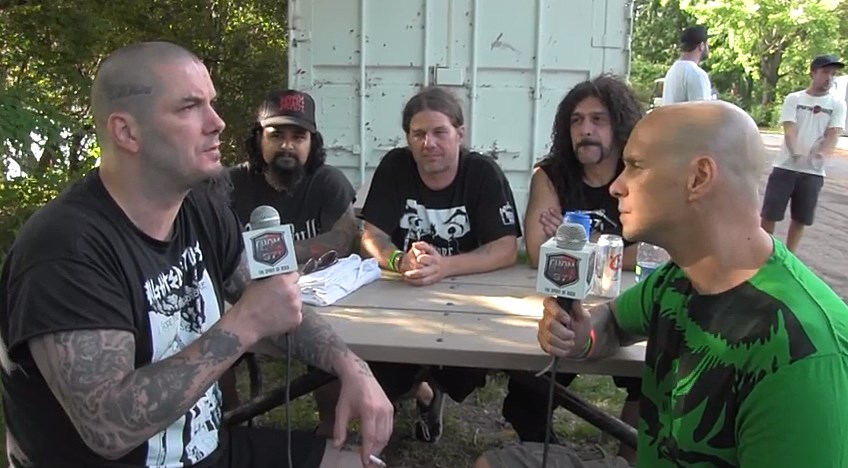 Jason Rockman, SLAVES ON DOPE singer and on-air announcer/host of "Amped With The Rockman" on the Montreal, Quebec, Canada radio station CHOM 97 7, conducted an interview with former PANTERA and current DOWN frontman Philip Anselmo at this past weekend's Heavy MTL festival in Montreal. You can now watch the chat below.