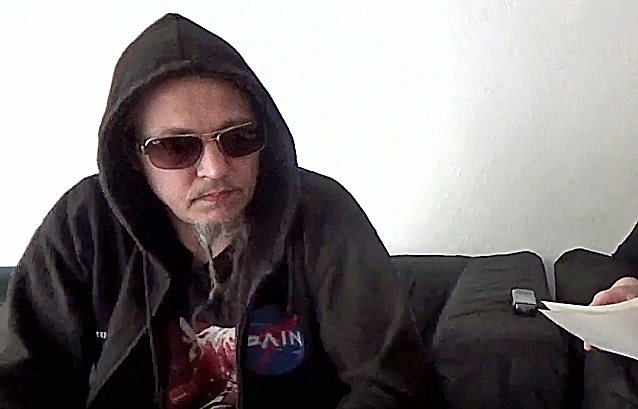 In a recent interview with the Impact metal channel, Swedish producer and singer/songwriter Peter Tägtgren spoke about the status of his long-running extreme metal project HYPOCRISY. He stated about the band's future plans: "We haven't really decided anything. I mean, of course there will be some shows or a new album, but I don't know when. Maybe we do a tour first and then do an album. I don't know. It's really hard to say now, because I haven't really been focused on that. I wanna focus on the latest PAIN release now and try to play everywhere. And we take it from there. I mean, usually it's really going fast… When I start something, it goes really fast. So we're not talking twenty years from now or anything."

HYPOCRISY's latest album, "End Of Disclosure", was released in March 2013 via Nuclear Blast Records. The CD was produced by Tägtgren at his Abyss Studio in Sweden. The artwork was created by Wes Benscoter (SLAYER, KREATOR, NILE, VADER).