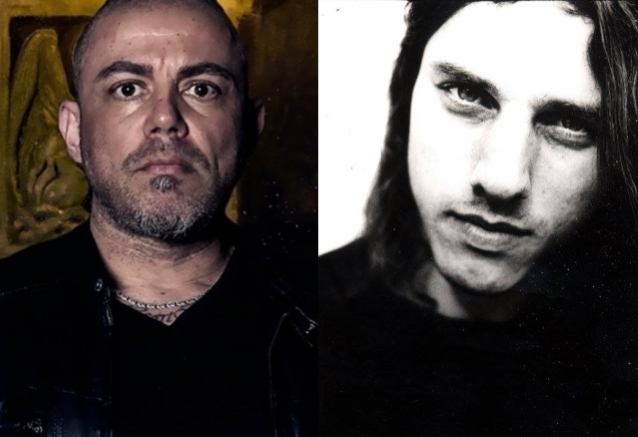 In a new interview with Natasja Lain of For The Passion Not The Fashion, guitarist Patrick Mameli of long-running Dutch progressive death metallers PESTILENCE was asked what it was like touring with Chuck Schuldiner and DEATH back in the early 1990s. He responded (as transcribed by BLABBERMOUTH.NET): "[Chuck was] interesting — an interesting guy. And I have to give him props for being one of the first pioneers of this extreme music. I know that Jeff Becerra from POSSESSED was even before him, so I have to really call Jeff the godfather of death metal. But if you talk about godfather, it makes you sound really old. And Jeff is still alive.

"I think there is something special about people when they are not amongst the living anymore; then their legacy becomes even bigger," he continued. "And you have to have respect for this, because Chuck was a pioneer.

"We toured with [DEATH] a bunch of times, and I must say that me personally and Chuck, we didn't get along too well. This had to do with [the fact that] when PESTILENCE opened up for them, his lineup was a little bit more static and PESTILENCE was really energetic, so we got a good crowd reaction, and I thought he was a little bit jealous of that feeling. But I can't help it. I had long hair, and we were doing hair spins and all this stuff, and that was really nice."

PESTILENCE will release its ninth album, "Exitivm", on June 25 via Agonia Records.