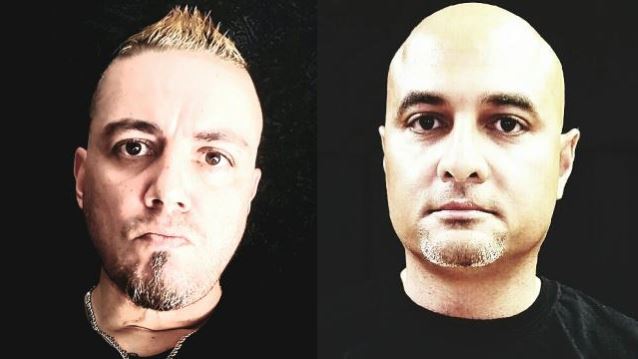 Veteran Dutch extreme metallers PESTILENCE are back with a new lineup featuring vocalist/guitarist Patrick Mameli alongside Santiago Dobles (AGHORA) on lead guitar, Tony Choy (ATHEIST) on bass and Septimiu Hărşan (DISAVOWED) on drums. The band is currently booking shows for 2017.

Said Mameli: "Only for a few shows in Mexico was the first idea. Then it got a bit bigger. At first I was a bit hesitant, but my good friend Tony Choy convinced me that there would be people wanting to hear the golden oldies in its original form. So there will be no new material written for PESTILENCE but rather playing great tunes from 'Malleus Maleficarum' to 'Resurrection Macabre'. No eight-string guitars. Just a nice trip down memory lane just for the fans."

He added: "The lineup is really great again. Choy, Dobles and Hărşan. Awesome to have these guys perform the good old material."

As a guest musician, Choy played bass for PESTILENCE on the 1991 album "Testimony Of The Ancients" and took part in some live gigs. He was also involved with Mameli's project C-187 on the album "Collision". Choy joined Patrick in the reformed PESTILENCE in 2008 and played on the "Resurrection Macabre" album and subsequent tour but left the band in October 2009 to focus on his other projects.