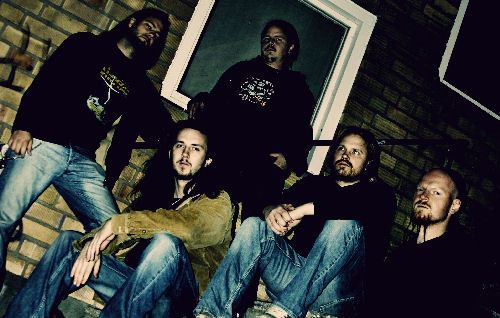 Inner Wound Recordings has announced the signing of the Swedish power metal band PERSUADER. The group's new album, "The Fiction Maze", will be released late 2013/early 2014.

Says PERSUADER: "So finally, we're back! A journey that began some five years ago has finally come to the end of the line and we're extremely proud to uncover the new PERSUADER album entitled 'The Fiction Maze'.

"A lot of hard work was put into creating the perfect mix of everything we've done so far, expanded on the PERSUADER sound while keeping the core that is the band; heavy riffing, strong melodies, pounding rythms and soaring vocals. Combined with a crushing production courtesy of mixer extraordinaire Ronnie Björnström [AEON, APOSTASY, BONE GNAWER] this turned out to be quite a beast of an album, the true pinnacle of our career so far.

"The time has come. Now join us through the fiction maze!"