PERRY FARRELL'S KIND HEAVEN ORCHESTRA, BRING ME THE HORIZON and CHEVELLE are among the newly confirmed artists for this year's Lollapalooza festival, set to take place August 1-4 at Grant Park in Chicago.

The festival announced 181 bands and artists Wednesday. Daily lineups will be announced at a later date, the festival said. Four-day passes ($340) are on sale at Lollapalooza.com. One-day tickets ($130) are not yet available.

Also scheduled to appear are THE STOKES, TWENTY ONE PILOTS, Gary Clark Jr., DEATH CAB FOR CUTIE, THE REVIVALISTS, TENACIOUS D, SLASH FEATURING MYLES KENNEDY AND THE CONSPIRATORS, BAD SUNS and FANTASTIC NEGRITO, among others.

Slash and TENACIOUS D's participation in the event was revealed last night via a 13-minute video featuring adoptable dogs from Chicago's PAWS organization.

Started by JANE'S ADDICTION frontman Perry Farrell in 1991, Lollapalooza is a touring festival that has stops in Chile, Brazil, Germany, Sweden, Argentina and France. It also has an annual event in Chicago that began in 2005. 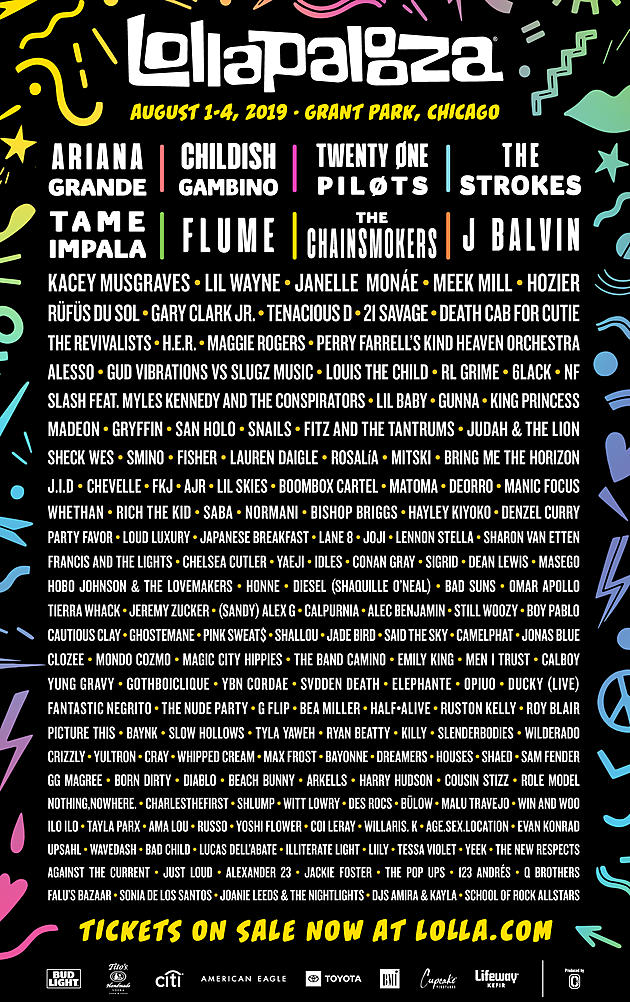