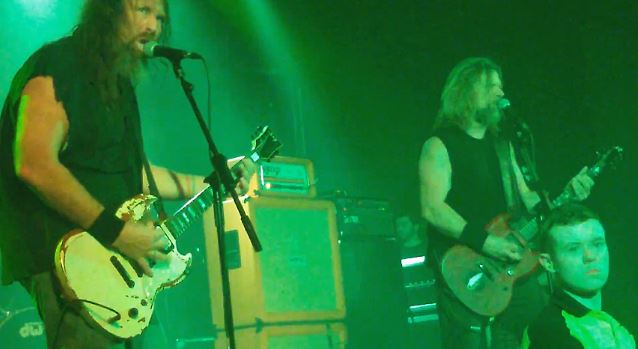 Bassist Mike Dean said: "This is all about going out and celebrating some of the classic material, and at the same time it's about tuning up the chemistry and the energy to possibly create a new album or two with this lineup."

In an interview with INDY Week, drummer Reed Mullin said about the prospect of collaborating with Keenan again: "Pepper and I were talking the other day, and we've got some riffs left over from that era that I never used for C.O.C. stuff, and he didn't use for DOWN. They've just been sitting around from when we used to do demos at Jag Studios. He was, like, 'Man, I found a couple cassettes. Remember those cassettes we used to do with [John] Custer down at Jag?' So, yeah, he found a cache of some good riffage in his house down there in New Orleans that I guess he had packed away. And, for some reason, I can remember a lot of the riffs those guys write. Like, there's a song on the new C.O.C. album, the three-piece, and the music is music Pepper and I had jammed back in 1989, and I ended up just putting lyrics to it. Me, Woody [Weatherman] and Mike [Dean] recorded it. It's called 'Tarquinius Superbus', after the last Roman king. For some reason, I remember a lot of the stuff they do, so I'm kind of like an encyclopedia of a lot of their riffs."

He continued: "Woody's going to have a baby in April, I think, so we're going to take a little time off in there, and then I guess, get back to touring with Pepper. He's taking time off from DOWN and, you know, he makes so much damn money doing DOWN, we've got to get him while we can get him. He's really excited about it, and we're awful excited to do it. It's been a while. It's been I think 2000 since I played with him. I mean, we've done songs here and there, at festivals overseas and things, as a four-piece, but as a tour, it's been a long time since this entity, this four-piece has been out on the road. It's going to be a blast."

Regarding whether the four-piece version of CORROSION OF CONFORMITY will play any new material on the current tour, Mullin said: "I don't know how much new stuff we'll play on the road. Nostalgia seekers are going to want to hear as much of 'Deliverance' and 'Wiseblood' and 'Volume Dealer' and 'In The Arms Of God' as they can. So we'll have four albums, pretty much, to go off of. And maybe later in the year, we'll add a couple new songs. Hopefully by the end of the year, we'll have an album out."

He continued: "It's cool of [Pepper] to do this, because, you know, he's got his set-up in New Orleans. He's got a bar, and he's got a little girl, so he doesn't go out for that much touring, anyway, so for him to do C.O.C. and more DOWN stuff next year is awful cool of him." 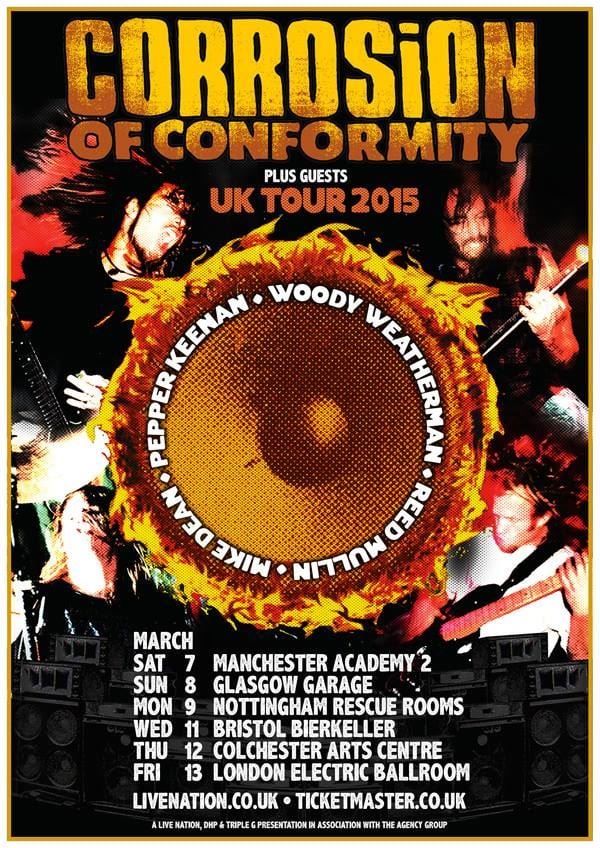