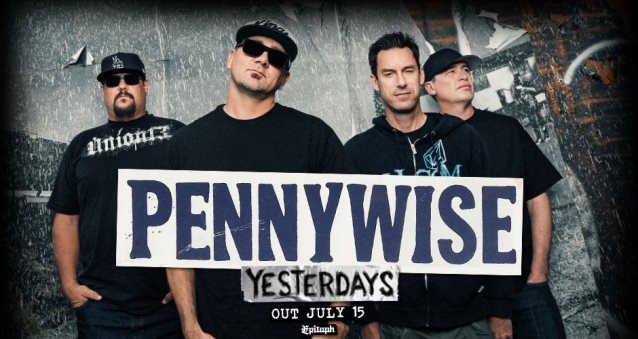 PENNYWISE will play two album-release shows; July 16 at The Observatory in Santa Ana, California and July 18 at the House of Blues in West Hollywood, California. Additionally, PENNYWISE will be on the Summer Nationals tour with THE OFFSPRING and BAD RELIGION from July 29 until August 31, with a festival appearance at Aftershock on September 14.

Listen to the first cut from the album, "Violence Never Ending", in a video reel of classic PENNYWISE footage below.

In its 26 years as a band, PENNYWISE has created a solid foundation as both a politically minded act and one of the most successful independent bands of all time. But it was not always that way. PENNYWISE got its start playing backyard parties in Hermosa Beach, California, without having any aspirations other than playing as many songs as they could before the police showed up. This side of PENNYWISE has never been captured until now, and "Yesterdays" sees the band putting their most nascent material in recorded form.

There have been two major changes in the PENNYWISE story since their last release, "All Or Nothing" (2012). First, frontman Jim Lindberg has rekindled with the band since leaving in 2009. And second, several songs featured on "Yesterdays" were written by deceased bass player Jason Thirsk and have been properly recorded in the studio for the first time.

"We always wanted to go back and record these songs because later in our career we started to get more political and angry," Lindberg explains. "That may have turned some people off but that's what we were feeling at the time. In the back of our minds, we knew we had these cool, old songs that were more life-affirming, it just took us 25 years to get back to it."

PENNYWISE recorded "Yesterdays" in the band's hometown factory district which is known for its influx of rehearsal studios and surfboard repair shops. "We tracked the whole thing in a few days doing a couple of takes of each song so it's a really raw album in that sense," says Lindberg. 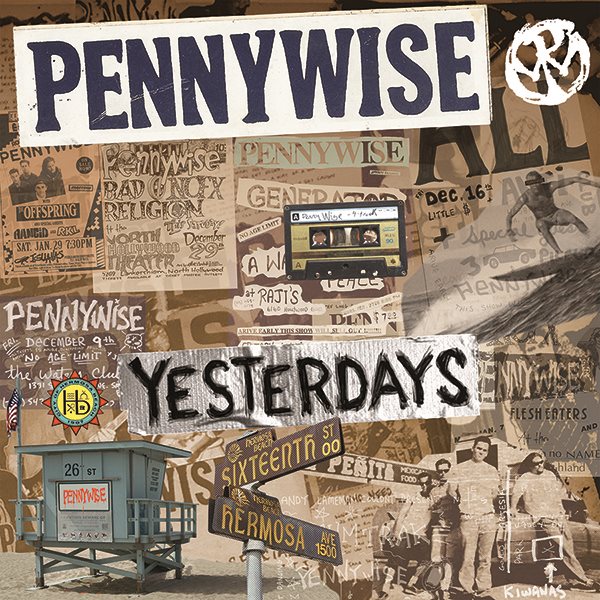