Long-running Australian heavy metal band PEGAZUS will headline the Metal On Metal festival on January 31, 2009 at The Lewisham Hotel in Sydney, Australia. The band will hit the stage at 11:30 p.m. This will be PEGAZUS' first live appearance in nearly two years.

The festival billing is as follows:

Poland's Metal Mind Productions reissued three albums from PEGAZUS on July 7 in Europe and August 5 in North America (via MVD): "Wings of Destiny" (1998), "Breaking The Chains" (1999) and "The Headless Horseman" (2002). Each limited-edition digipack title (limited to 2,000 copies) contains "rare and hard-to-find" bonus tracks along with extended booklets and liner notes and will be made available on golden disc, digitally remastered using 24-bit technology. 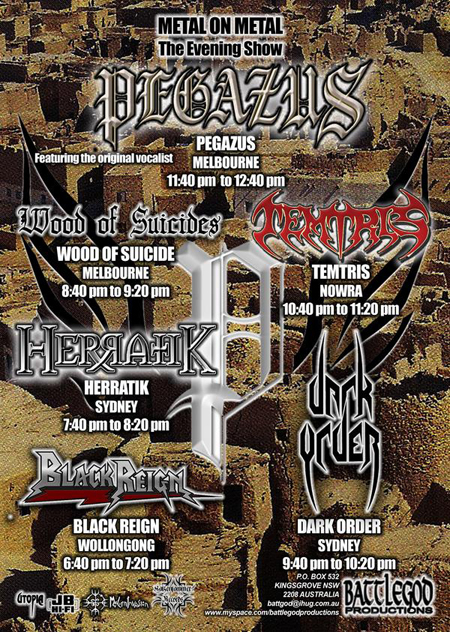 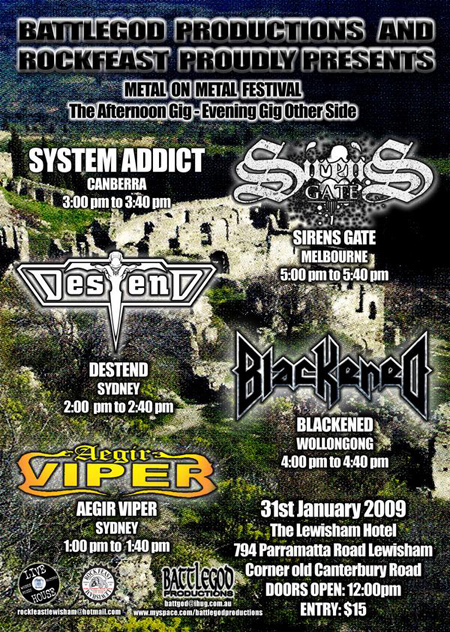