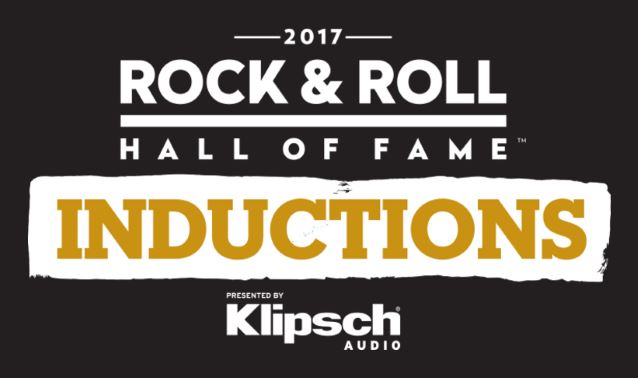 PEARL JAM, Tupac Shakur, DEPECHE MODE, ELECTRIC LIGHT ORCHESTRA, JANE'S ADDICTION, Janet Jackson, JOURNEY, THE CARS, THE ZOMBIES and YES are among the nominees for the Rock And Roll Hall Of Fame's Class of 2017. The top vote-getters will will be announced in December and inducted next April at a ceremony in New York. HBO will broadcast the ceremony later in the year.

To be eligible for nomination, an individual artist or band must have released its first single or album at least 25 years prior to the year of nomination. The 2017 nominees had to release their first recording no later than 1991.

For the fifth consecutive year, the public will have the opportunity to vote alongside the more than 800 artists, historians and music industry insiders of the Rock Hall voting body. From now until December 6, fans can vote on RockHall.com for the nominees they'd like to see inducted. The top five acts will comprise a "fan's ballot" that will count as one of the ballots that determine the class of 2017.

The induction ceremony again will be held at the Barclays Center in Brooklyn, New York.

Out of PEARL JAM's five drummers, only current drummer Matt Cameron and founding member Dave Krusen will be inducted should they make it in. In addition, only classic Steve Perry lineup of JOURNEY is listed, along with founding keyboardist/singer Gregg Rolie. As for YES, original singer Jon Anderson is on the ballot along with drummers Bill Bruford and Alan White, keyboardists Tony Kaye and Rick Wakeman, guitarists Steve Howe and Trevor Rabin and bassist Chris Squire.

PEARL JAM guitarist Mike McCready was asked at the 2013 ceremony about his band's chances. "You know, you never want to place any bets on anything," he said. "I'm not a gambler, so I'm not going to try to put any odds on that. But I don't know. I hope so. But you never know. You never know what happens. It could take a while."

If inducted, PEARL JAM would be the second of the seminal Seattle "grunge" acts — after NIRVANA — to enter the Hall. Two others, SOUNDGARDEN and ALICE IN CHAINS, are also both eligible for induction.