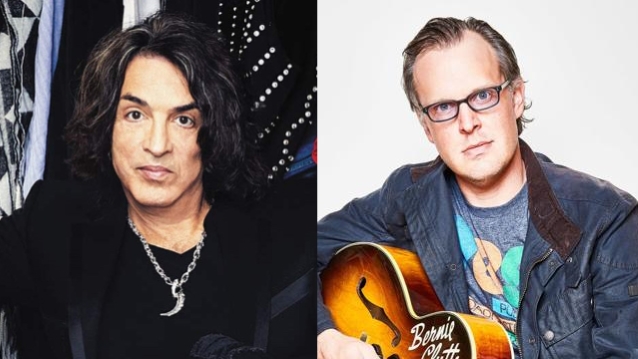 Paul Stanley and Joe Bonamassa have lamented the growing problem downtown Los Angeles faces with trash and rodents as well as a typhoid fever outbreak linked to worsening sanitary conditions.

On Saturday (June 1), Bonamassa took to his Twitter account to share a Los Angeles Times article about what the paper has called the "collapse of a city that's lost control."

Agreeing with Lopez's sentiments, Joe tweeted: "I must admit I hate politics and wading in invites nothing but vitriol. But after reading this.. Every Elected Official in Los Angeles should be ashamed. Charity starts at home and in my 17 years in LA I have noticed a horrible degradation in our city."

In response to Joe's tweet, Paul wrote: "I have seen it all around the city. What is happening here is astounding and an epidemic in need of immediate attention. On so many levels this has reached crisis level."

In a follow-up tweet, Joe said: "It's extremely sad to see it happening in real time. I hope one day someone has the ability to fix it or at least start. It doesn't matter what party. They all need to start actually doing the job they campaigned so hard to get."

Over the years, downtown's skid row— roughly 54 square blocks where more than 4,000 homeless congregate — has become the homeless capital of America.

Homeless people have been allowed for more than a decade to sleep on the sidewalks at night because the city of Los Angeles does not have enough shelter beds for its homeless population. In addition, city officials recently declared skid row a "typhus zone."

Los Angeles mayor Eric Garcetti recently allocated an extra $300,000 to cleaning up trash and sanitizing streets around the "typhus zone."

It’s extremely sad to see it happening in real time. I hope one day someone has the ability to fix it or at least start. It doesn’t matter what party. They all need to start actually doing the job they campaigned so hard to get. ??