While the KISS frontman writes that it is "nice" to have Frehley "back in a larger capacity in my life" due to the "shared magic" of their history, he says that he has no misgivings about his lack of a relationship with Criss.

"Peter, unfortunately, is a different story," he notes, according to Ultimate Classic Rock. "I don't think Peter has any life. He seems consumed by some kind of reality that his wife tells him. He's always been negative and always maintained an us-against-them mentality. I don't want that in my life."

Stanley adds that the issue isn't "about having differences, because I'm sure Ace and I have differences. It's Peter's overall sense of anger and resentment and feeling like a victim. He needs to acknowledge his participation and then change things. I think Peter's life is probably very one-dimensional, uninteresting, un-stimulating — which is a result of seeing the world negatively and seeing everyone from the band members to the hotel service people as disrespectful… That's not a world anyone should live in, and I don't want to be a part of it."

In a 2012 interview with "The Opie & Anthony Show", Criss revealed that a power struggle, with Stanley and Gene Simmons on one side, and Peter and Ace on the other, led to his departure from KISS. "I could start feeling [Stanley and Simmons] wanting the power," he said. "The more we were going up the ladder of future and fame, the more it was kind of swaying to Mr. Simmons and Stanley. Ace and I were kind of not getting our musical [ideas] in. It's funny — I wrote the biggest hit the band [ever had] [the 1976 ballad 'Beth'], and meanwhile, I was kind of always getting put down for this stuff. So it was always a battle."

According to Criss, he and Frehley were extremely close, which is why it was especially hurtful for the drummer to learn that Frehley was making more money when the farewell tour ended in 2001. "[It] broke my heart when [Ace] broke my heart," he said. "Towards the reunion, towards the end, I was devastated, man. I couldn't believe what went on. And it was again about the old M-O-N-E-Y. Money, money, money. Power, power, power. It never was enough for those guys."

KISS did not perform — the Hall Of Fame wanted the original quartet only to play, while Stanley and Simmons insisted on the current lineup — which also includes guitarist Tommy Thayer — performing as well. In the end, nobody won that battle.

"Backstage Pass" will be released on April 30 via HarperOne, HarperCollins's San Francisco-based unit that specializes in publishing books in religion, spirituality, and personal growth. 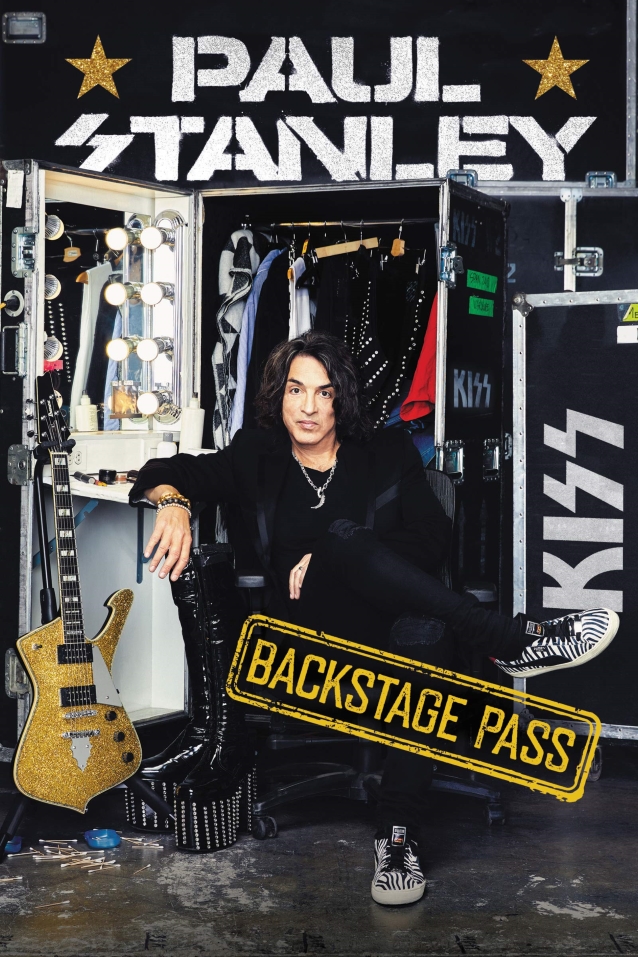