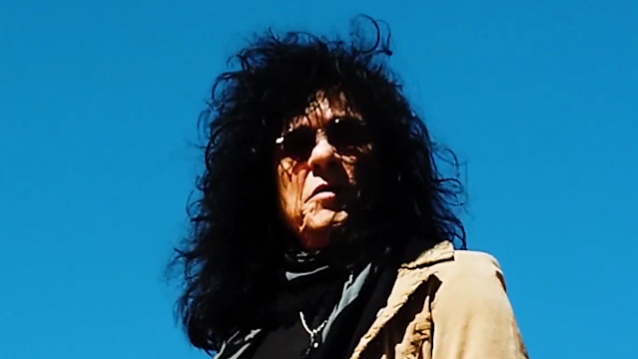 Last week, the social media platform decided that the president had crossed a line too far continuing to use Twitter to repeat debunked conspiracy theories about the election, even after thousands of his supporters violently stormed the U.S. Capitol in an insurrection that left five dead. Twitter, which has a policy against inciting violence, undermining democratic processes and spreading election misinformation, announced it would no longer let Trump use its platform. Twitter suspended the president's personal account, @realDonaldTrump, citing "the risk of further incitement of violence."

Earlier this week, Shortino took to his Twitter to address the fact that Trump was banned or suspended by Twitter, Facebook, Instagram, Snapchat and Twitch in the span of a couple of days. He wrote: "We are in a danger zone here. Denying the President and others the right to express opinions is dangerous to the nation. And punishing political expression is obviously unconstitutional."

The singer, who frequently "likes" tweets in support of Trump's policies, added: "When the public's right to know is threatened, and when the rights of free speech and free press are at risk, all of the other liberties we hold dear are endangered."

When one of Shortino's Twitter followers challenged the rocker, writing, "Opinions are one thing... Inciting cult members to gather and commit crimes is quite another!!!", he fired back with: "I know right #BLM #AntifaTerrorist destroying property burning small businesses.Oh that right they were peaceful", and added three "face with tears of joy" emojis.

Insisting that he is neither a Republican nor a Democrat and calling himself an "independent libertarian," Shortino went on to say that the 2020 presidential was "rigged," with "fraud at its highest level of corruption." He also repeated the debunked claim that there were more votes than voters in the 2020 election, and floated the baseless allegation that "thousands" of "dead people" voted in his home state of Nevada (a claim that was also debunked).

After another Twitter user correctly pointed out to Paul that the "myth" about there being more votes than voters was shot down by everyone, and that even Trump's own lawyers have admitted under questioning that they're not alleging fraud because they had no evidence with which to do so, Shortino responded: "Come on don't get fooled again. Biden and Harris in the Democratic primary couldn't get support numbers," referring to President-elect Joe Biden and Vice President-elect Kamala Harris.

Earlier today, having apparently grown tired of sparring with people on Twitter about the 2020 election and Trump's social media ban, Shortino wrote: "I have nothing more to say about politics.We will see the out come of this crooked election and society we live in.God will expose the Truth as always."

Despite Trump's claim that Twitter was violating his First Amendment right to free speech, private entities like Twitter have every right to take down or suspend user accounts, especially when they are being used for nefarious purposes.

Last week, YouTube suspended Trump's account for at least a week. Amazon, Google and Apple also removed the Parler app, which is reportedly used by many of Trump's supporters.

Many top political figures have accused Trump of personally inciting the Capitol attack by repeatedly intimating that his followers should take action in order to demand legislators address his baseless claims of voter fraud. At a rally preceding the riot, Trump gave an inflammatory speech, urging the crowd to go to the Capitol, "show strength" and "fight much harder."

The presidential race ended with a victory for Biden with 306 electoral votes. Biden had received nearly 81 million votes across America — the most votes cast for any presidential candidate in history — compared to more than 74 million votes for Trump.

When the public's right to know is threatened, and when the rights of free speech and free press are at risk, all of the other liberties we hold dear are endangered.

We are in a danger zone here. Denying the President and others the right to express opinions is dangerous to the nation. And punishing political expression is obviously unconstitutional.

@TBirdbass666 Is that you tossing the presidents salad.

I’m not a Republicans or a Democrat .I’m a independent libertarian .Looks like both parties are selling Americans out.Time for a new 3rd party one for the people by the people.After this corrupt election don’t count on any election being fair.

Fraud at its highest level of corruption indeed more votes in counties than people. It only take a little common sense to figure out.

Come on don’t get fooled again.Biden and Harris in the Democratic primary couldn’t get support numbers.

This election was rigged.Just like the Russian impeachment was a waste of taxpayers money.

The Truth will find a way it always does.A lot of folks on both sides are going to be exposed for years of corruption.✌?❤️As Proverbs quotes “A fool does not care whether he understands a thing or not;All he want to do is show how smart he is.

I’m not calling anyone a name just quoting the good book.I’m a bit tired of all the hate on social media.We all have a right to our own opinions.Freedom of speech is a infringement to freedom of thought and creativity.

Everyday Twitter suppresses free speech. When are Americans going to wake up when it’s too late.

The trouble with our Liberal friends is not that they're ignorant; it's just that they know so much that isn't so.

It seem #SocialMedia controls what we have to say .

Like #CNN #MSNBC #ABC #CBS #NBC all bought and paid for as for #Newsmax is own by the Clinton Foundation Susie. Maybe you should try other news bubbles.

I have nothing more to say about politics.We will see the out come of this crooked election and society we live in.God will expose the Truth as always.

Who is going to report Fraud if the media is in on it ?

Here in Nevada thousands of votes from people who are dead .

All truth passes through three stages. First, it is ridiculed. Second, it is violently opposed. Third, it is accepted as being self-evident.

Everyone should be concerned about voter corruption. Make up your own mind. pic.twitter.com/l0NtEfxVoS

What’s the most progressive thing about Joe Biden?
His dementia.

Crooked election time to do a recount https://t.co/yKbJIr0pnV