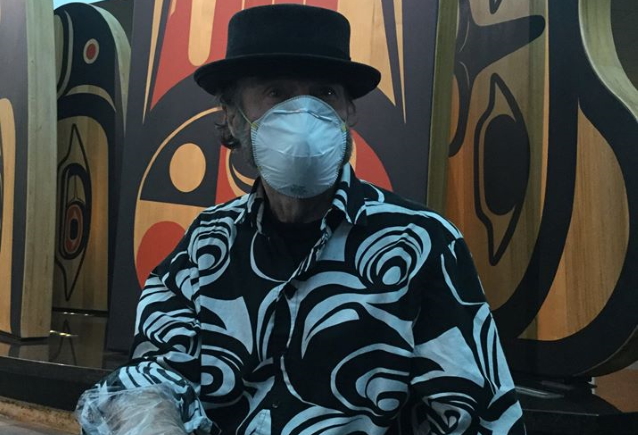 Legendary rock vocalist Paul Rodgers (BAD COMPANY, FREE) has urged his fans to do their part in keeping everybody healthy while they are at home due to the coronavirus pandemic.

The 70-year-old British icon, who has been a Canadian citizen for nearly a decade, took to his social media on Monday (March 23) to share a photo of him wearing a protective mask and gloves, and he included the following brief message: "Safely back in Canada. Protect yourselves until we meet again. Love Paul"

As vocalist with FREE, BAD COMPANY and THE FIRM in the 1970s and 1980s, Rodgers reportedly sold more than 90 millions records.

Safely back in Canada. Protect yourselves until we meet again. Love Paul