Paul Rodgers, longtime singer, songwriter and multi-instrumentalist with BAD COMPANY, has partnered with 429 Records and is gearing up for the release of "The Royal Sessions" — a lovingly crafted collection of classic R&B and soul songs re-imagined by the iconic rock singer recorded at Memphis' Royal Studios, historic home of Willie Mitchell and Hi Records, with many of the musicians who played on the original tracks. Truly a lifetime in the making, Rodgers has come full circle with "The Royal Sessions" as he pays homage to the legendary hits he collected on 45s released on Stax/Volt, Goldwax and Hi Records — recordings by Otis Redding, Albert King and Ann Peebles which made such an indelible impression on the young Rodgers inspiring him to pursue a career as a singer. Produced by Perry Margouleff, "The Royal Sessions" is an extraordinary recording which captures the music in its pure form — live band and vocal takes as performed together at Royal Studios by Rodgers and an all-star roster of legendary musicians. The band is a dream lineup of those who played on the original hits dating back to the '60s. The classic rhythm section includes Reverend Charles Hodges (Hammond B3), Michael Tolls (guitar), LeRoy Hodges Jr. (bass), "Hubby" Archie Turner (Wurlitzer), Steve Potts and James Robertson Sr. (drums), The Royal Horns and the Royal Singers. "The Royal Sessions" will be released on 429 Records in the U.S.

"The Royal Sessions" is a remarkable project that came together as Rodgers was working on a solo record and producer Margouleff had just discovered that Royal Studios was still up and running under the auspices of Willie "Pops" Mitchell's son Lawrence "Boo" Mitchell. The opportunity to record in such a hallowed place with musicians he considered personal heroes was a dream come true. The Memphis players forged an immediate bond when presented with his formidable talent and sincere love of the songs. Deeply felt, powerfully sung and expertly played, it features a cross-section of material hand-picked by Rodgers, songs of great historical significance and personal meaning.

Says Rodgers: "I really felt I had to get deeper inside myself than I ever had in my life. The end result is that recording these songs left me recharged as a singer and also as a songwriter. My favorite part was the love we could feel in the room throughout all the sessions. We all spoke the same language."

Says Margouleff: "I wanted to make the most of this incredible opportunity so I recorded Paul and the band live in the studio. We captured the pure energy of their performance. Recording in an all analogue format the sonic quality is unparalleled and the listener can experience the music on a deeper level."

"The Royal Sessions" will be released worldwide on the following dates: 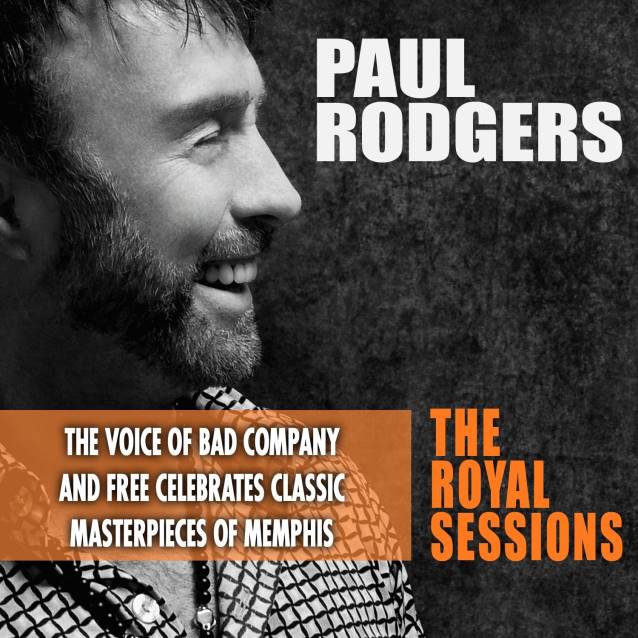