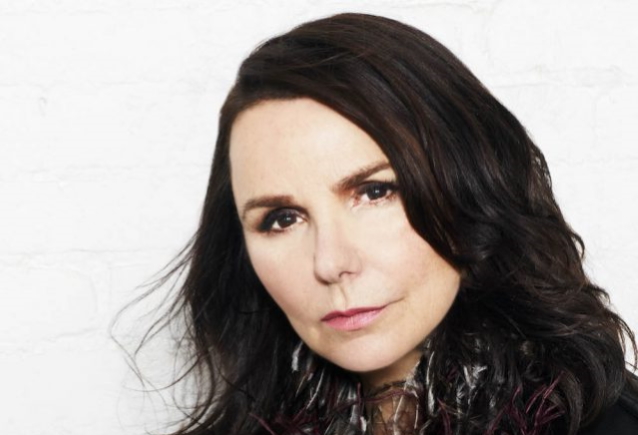 When VAN HALEN parted with frontman David Lee Roth in 1985, his eventual replacement, Sammy Hagar, was not the band's first choice to fill Roth's shoes. Guitarist Eddie Van Halen asked Patty Smyth of the group SCANDAL to join the band first, which Smyth has now recounted in a new interview with Stereogum.

She recalled: "They were heavy drinkers. I don't drink. I never saw myself living in L.A. I was, like, 'I'm from New York. We don't move to L.A.'

"It's all semantics because if [Eddie] had said to me, 'Let's make a record,' then I would have said yes to that. But joining the band — to me then, 'Oh god, they fight all the time, him and his brother, and I don't want to get into a volatile situation.' And I was probably heavily hormoned out because I was eight months pregnant, so there was a state of mind that I was in of how I need to take care of myself. But I regretted turning him down. For a long time, I regretted it. When you start to have regrets, I was, like, 'Oh, man. I would've made so much money.'"

Asked if she thinks her prior negative experience in a group dynamic might have given her pause to join another way more publicly rambunctious band, she said: "Yeah, that definitely has something to do with it. I'm sure. And also just the fact that it was, like, 'I'm going to have to move to L.A.' I should have just had the conversation [with Eddie]. It was such a weird conversation. But if he had said to me, 'Look, just come out for a few months and make a record. Have the baby, come out and let's make a record.' That to me would've been more doable.

"And I never said anything about it for years. I got a call from Ed, and he was, like, 'Look, I'm not saying that I asked you to join because I don't want Sammy Hagar to look like [he was] second choice,' and I was, like, 'Okay.' So I never spoke about it after that. I'm, like, all right I don't need to tell people. If someone asked me, I didn't lie but I didn't really talk about it that much."

SCANDAL, which had several hits in the '80s, broke up soon after and Smyth went on to record as a solo act.

VAN HALEN eventually recruited Hagar, who sang on four studio albums between 1986 and 1995 before he quit the group in 1996. Hagar rejoined for a 2004 tour but left again after that, paving the way for the current reunion with Roth, which began in 2007 with a world tour.

Smyth will release a new album, "It's About Time", on October 9 via BMG. It is Smyth's first set of new material in 28 years, following her self-titled 1992 effort, which featured the Grammy-nominated Don Henley duet "Sometimes Love Just Ain't Enough".

Smyth's new single, "Drive", can be streamed below.