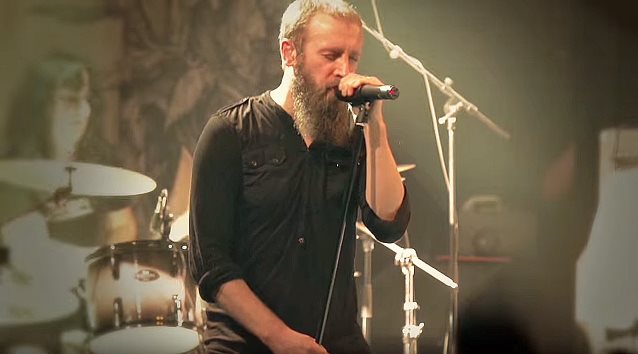 "Terminal", the new video from British gothic metal pioneers PARADISE LOST, can be seen below. The clip was produced and directed by Oliver Barth for Visions-In-Fear.de and filmed at a special fan event at the Forum, in Bielefeld, Germany on August 17, 2015.

"Terminal" is taken from PARADISE LOST's latest album, "The Plague Within", which was released in June 2015 via Century Media. The cover artwork was created by Polish artist, illustrator and architect Zbigniew M. Bielak, best known in the musical realm for his record cover illustrations, which, among others, include meticulously handcrafted artworks of WATAIN, GHOST and ENTOMBED A.D. albums.