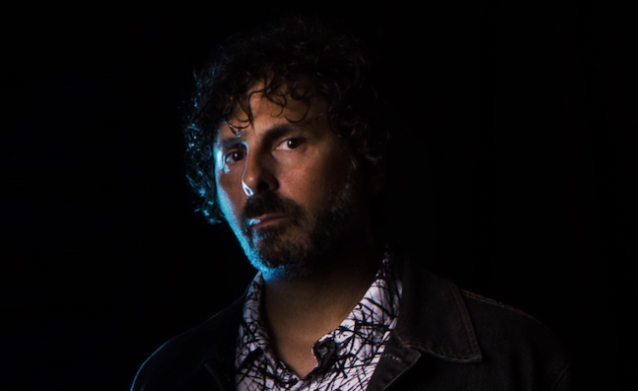 In a brand new interview with Rob Rush Radio, PAPA ROACH's Tony Palermo spoke about the time he was the touring drummer for MÖTLEY CRÜE bassist Nikki Sixx's SIXX:A.M. project for the summer 2008 edition of "Crüe Fest".

"Nikki had been sober for a long time, and he just enjoyed getting up on stage and doing the music thing," Tony recalled about the CRÜE-headlined tour. "But Tommy [Lee, MÖTLEY CRÜE drummer] was pretty much the ringleader in partying backstage after the shows. And it was always funny. 'Cause each of those [MÖTLEY CRÜE] guys had their own dressing room. You knew where Tommy's was because he would have a second P.A. installed in his dressing room. You could hear him from anywhere in the venue. It was pretty crazy.

"It was great to tour with those guys," Tony contunued. "And when I started playing with Nikki and SIXX:A.M., that was in 2007. And it was really bizarre, just rehearsing. The first couple of rehearsals, I was tripping out: 'That's Nikki Sixx right there.' Obviously, you get to know somebody and you get more comfortable with them. But MÖTLEY was such a huge band for me when I was growing up, and it was really cool, and still cool, to say that I actually did that. Yeah, I'm pretty proud of myself for that. It was fun times… Lots of memories just came flooding in my head when I got that gig. Like I said, I was sitting there playing drums, rehearsing, just looking over and going, 'That's Nikki Sixx, man. This is bizarre.' That was, for sure, a pinch-me moment."

Palermo joined PAPA ROACH in 2007 as the replacement for the popular Vacaville, California band's original drummer, Dave Buckner (the group’s label described his leaving at the time as due to "personal matters").

PAPA ROACH's tenth studio album, "Who Do You Trust?" , was released on January 18 via Eleven Seven.