Mongolian rock sensation THE HU have joined forces with PAPA ROACH frontman Jacoby Shaddix, who adds guest vocals to the band's critically acclaimed single "Wolf Totem". The original version of the track landed at No. 1 on Billboard's Hard Rock Digital Song Sales chart back in April and the accompanying video has garnered over 21 million views. The track is featured on THE HU's debut album, "The Gereg", which was released in September via Better Noise Music.

"I'm honored to be part of such a powerful new blend of rock 'n' roll," says Shaddix. "THE HU are the real deal. Don't sleep on this."

THE HU has been making waves across the globe with many sold-out shows and festival appearances presenting its signature brand of "hunnu rock" — a one-of-a-kind mixture of Western rock music and traditional Mongolian instrumentation and throat-singing sung in their native language. Earlier this week, December 10, the electrifying live act completed its last show of 2019 in Los Angeles at the Fonda Theatre. This marked the conclusion of its acclaimed three-month long headlining North American tour, which sold over 34,000 tickets with a 66% sell-out rate, equaling 39 sold-out dates total. THE HU will continue its touring in January 2020 across Europe for 23 shows, of which 14 are already sold out.

THE HU was recently granted with the Order of Genghis Khan, Mongolia's highest state award. Mongolian president Khaltmaa Battulga personally decided to confer the order on THE HU, Office of the President of Mongolia announced.

The order is presented to Mongolian citizens who have made great contributions to strengthening national unity, deeply studying the history and culture of Mongolia, and familiarizing other countries with Mongolian culture.

THE HU was founded in 2016 in Ulaanbaatar, Mongolia by their producer Dashka, along with band members Gala, Jaya, Temka and Enkush. Together they create rock music with traditional Mongolian instrumentation such as the morin khuur (horsehead fiddle), tovshuur (Mongolian guitar), tumur khuur (jaw harp), guttural throat singing built around the pillars of heavy rock: distorted guitars, bombastic drums, and aggressive rhythms. All four members have earned Bachelor's or higher degrees in classical music and have gained several years of touring experience throughout Asia and the Pacific Rim.

Having achieved phenomenal success with three videos that combined have over 45 million views to date — "Wolf Totem", "Yuve Yuve Yu" and the latest, "The Great Chinggis Khaan" — the band garnered viral success and has achieved international critical acclaim. They've also got themselves a famous fan, with Elton John recently playing them and raving about the band on his "Rocket Hour" Beats 1 radio show. Playing "Yuve Yuve Yu", Elton commented: "You know I'm crazy about a Mongolian band called THE HU — it's just the greatest new thing I've heard in a long time. They use traditional Mongolian instruments… It's absolutely fantastic." 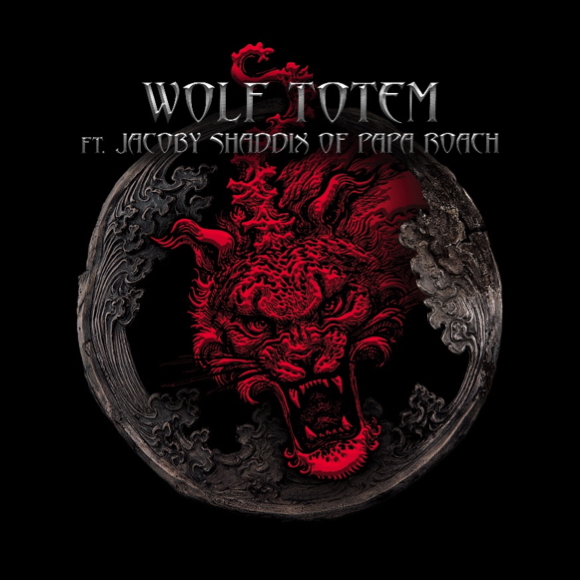