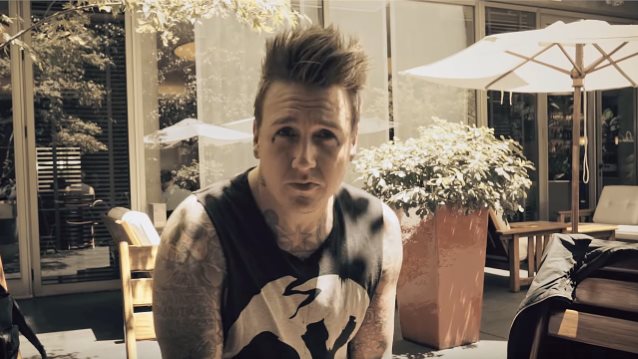 PAPA ROACH frontman Jacoby Shaddix has paid tribute to Chris Cornell, saying the SOUNDGARDEN singer was "an amazing performer" who "always came with solid music and a good vibe onstage."

Speaking to Ryan Daniels of Kilpop at this weekend's Rock On The Range festival in Columbus, Ohio, Shaddix said (see video below): "When you become a fan of someone's band and you get to know them through the music… When they write songs, it's their invitation for us to get to know them as people. Yeah, I didn't know him personally, but I knew him through the music and his energy and his vibe, and he just always came with solid music and a good vibe onstage and was an amazing performer.

"I've been a fan for many years and so to hear the news, it was just, like, 'Uhh…' Gutted, man," he continued. "And you just think he's got kids and a wife and my heart just goes out to them, and his band too, man. And then being in a similar profession, I'm a singer in a rock band and I've been in moments in my life that I haven't been in such a good space. He will be missed, I will say that."

In a separate interview with 100.3 The X Rocks, Jacoby said about Cornell: "I've been connected to that music since I was a young kid. 'Badmotorfinger', when that came out, I was, like… [It was] ridiculous. We just played with 'em a week ago and they were off the chain — it was amazing. So it is a very, very, very heavy moment in rock music."